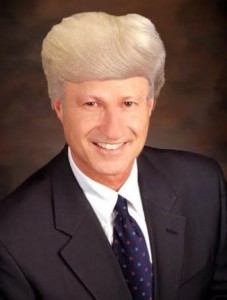 Kara Mason at the Aurora Sentinel follows up on a story earlier this week about a list of Republicans in Congress set to receive donations directly from Donald Trump’s campaign–including Rep. Mike Coffman, who has tried mightily to put daylight between himself and Trump despite voting Trump’s way over 95% of the time.

Via a spox, Coffman once again tries to thread the proverbial needle:

It’s not clear. A report from McClatchy this week said they obtained a list of GOP candidates that would get a $2,000 donation from Trump’s re-election campaign. Coffman was included, along with Rep. Scott Tipton, who represents the Western Slope and parts of southern Colorado.

But Tyler Sandberg, a spokesman for Coffman, said that story got it wrong, and was told Coffman isn’t getting a check. [Pols emphasis]

This statement is misleading for two reasons. The first is simple, the checks from Trump by all accounts haven’t been mailed to any of the candidates yet:

The campaign wouldn’t consider hypothetical situations. So if Coffman was offered the money, it’s unclear whether he’d accept it.

It’s entirely possible that if the check shows up down the road, Coffman will happily deposit it as long as reporters aren’t on their backs the literal day it does. But even if Coffman is right and this national news report is wrong about a check directly from Trump’s campaign, there’s a much more important monetary connection between Trump and Coffman–Trump has personally helped raise tens of millions of dollars for the National Republican Congressional Committee (NRCC), which is providing essential support to Coffman far beyond a $2,000 maximum individual donation.

Whatever Coffman does with a check directly from Donald Trump, Coffman can’t refuse the support of the national Republican congressional campaign organization–an organization whose funding was itself in substantial part raised by Trump too. For all of Coffman’s lip service to “standing up to Trump,” voting with Trump and the GOP over 95% of the time is the only thing that matters when it’s time to cut the checks that matter.

With all of this in mind, the question of this one $2,000 check becomes less relevant–still worth following, but don’t be sidetracked by it. In every way that matters, Mike Coffman is on the team.