Sell Out Your County and Lose Your Seat 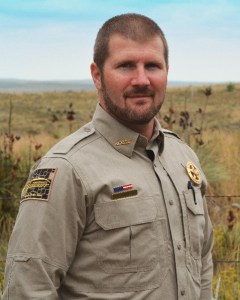 One of the more interesting Primary Election stories that you might have missed happened in Yuma, Colorado, where Sheriff Chad Day lost his job in a Republican Primary to challenger Todd Combs.

Day will be out of a job just months after news reports detailing agreements to “deputize” a mega-rich GOP donor and his friends who were looking to take advantage of a loophole in the law that would allow them to carry a concealed weapon wherever they went. In exchange for adding billionaire hedge-fund manager Robert Mercer and pals — none of whom live anywhere near Yuma, Colorado — to a list of volunteer “posse” members with the Sheriff’s Department, Day received a shiny new Dodge Ram 1500 Limited pickup truck for his official use, as well as $20,000 worth of tasers and an apparent promise to get more money for new handguns. Day defended this decision by making absurd claims that Mercer and his buddies were an important part of some sort of undercover police operation against a Mexican drug cartel (we couldn’t possibly make this up).

Yuma County voters were apparently not pleased that Day was selling out their community for gifts from out-of-state billionaires, and they promptly voted him out of office. Day is also the current President of the Colorado County Sheriffs’ Association, which doesn’t reflect well on the rest of the state — fortunately he won’t be holding that title much longer.