At Least You Weren’t In Charge of this Media Event 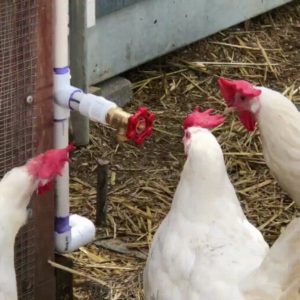 Residents of Fountain, Colorado are being told that they can once again use groundwater that was contaminated by firefighting chemicals two years ago, though the safety of the water from the Widefield Aquifer is still under debate.

Congressman Doug Lamborn’s office was promoting a “Safe Drinking Water Ceremony” on Wednesday to mark this event, and we couldn’t help but laugh at the absurdity of the effort. Just try to imagine being the person in charge of trying to attract media outlets to this “ceremony”:

INFORMATION: Congressman Lamborn was pleased to facilitate meetings at the Pentagon between Air Force leadership and local officials in order to ensure a timely response to the PFOS/PFOA issue. In 2017, the United States Air Force installed Granular Activated Carbon (GAC) treatment units at two city-owned wells in downtown Fountain. GAC is a proven, effective treatment method that removes the Perfluorinated Compound (PFC) contamination discovered in Fountain’s groundwater supply in October 2015. The City of Fountain recently received positive results from one of seventeen laboratories nationwide authorized by the Environmental Protection Agency to test for PFCs. Tests confirm that PFCs have been removed to non-detectable levels in Fountain’s GAC filtered groundwater supply. Non-detectable levels are less than 2.5 parts per trillion, well below the Environmental Protection Agency’s current Health Advisory Limit of 70 parts per trillion.

Somebody should get a raise for this.