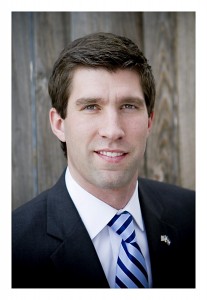 The Colorado Springs Independent reports on the latest jabs from state Sen. Owen Hill in the CD-5 primary–with polls showing Hill third in the race and Rep. Doug Lamborn cruising to another victory over his split opposition, Hill is throwing the kitchen sink at both of his primary opponents:

The race for the Republican nomination in the 5th Congressional District June 26 primary is heating up with State Sen. Owen Hill sending out fliers that needle two of his opponents as “counterfeit conservatives” and “swamp things.”

We haven’t heard from Lamborn, but Glenn tells us via email, “Here’s my official and only statement: As a brother in Christ, I would encourage Owen to seek wisdom from the Holy Spirit before he designs his marketing materials.”

Meanwhile, a story in the Phil Anschutz-owned Colorado Springs Gazette smacks of a Hill-inspired hit job, though the subject matter is most certainly fair game:

Darryl Glenn, one of four Republicans challenging U.S. Rep. Doug Lamborn in the June 26 primary, has been paying himself a salary out of campaign funds equal to what he makes as an El Paso County commissioner, according to campaign finance documents filed Thursday…

Glenn tried something similar two years ago when he paid himself $70,815 after losing a run for the U.S. Senate, but the FEC made him return the money to his campaign fund.

Meanwhile, Glenn’s campaign paid more than $20,000 to family members for consulting work during the 10-week reporting period, something he’s been doing since he launched his congressional run last summer with the $232,545 left over from his Senate bid.

It’s not a good story for Darryl Glenn, but at this point it’s difficult to see anything meaningfully altering the trajectory of this race. Sen. Hill’s once-promising political career appears to have hit a wall when he opted to challenge Rep. Lamborn in 2018. If the polls showing Hill distantly trailing Glenn are accurate, it means Lamborn has once again managed to split the perennial dissatisfaction with his lackluster representation of this conservative stronghold and secure himself another two years in office.

If you’re one of the military contractors and other vested local interests who purchases Lamborn’s rubber-stamp support, this is fine. If you’re a thoughtful conservative living in a district crying out for a thoughtful–or at least noticeable–conservative voice in Congress to represent them, this is the perpetuation of a demoralizing status quo. Either Hill or Glenn would be a representative more in line with the ideological stridency of CD-5 than Lamborn. And either would also be…well, just plain smarter. It’s a low bar, but they would meet it and the whole state would arguably be better off for it.

But alas, also-rans, it was not to be. Not this year.