The Orange Man and the Rocket Man 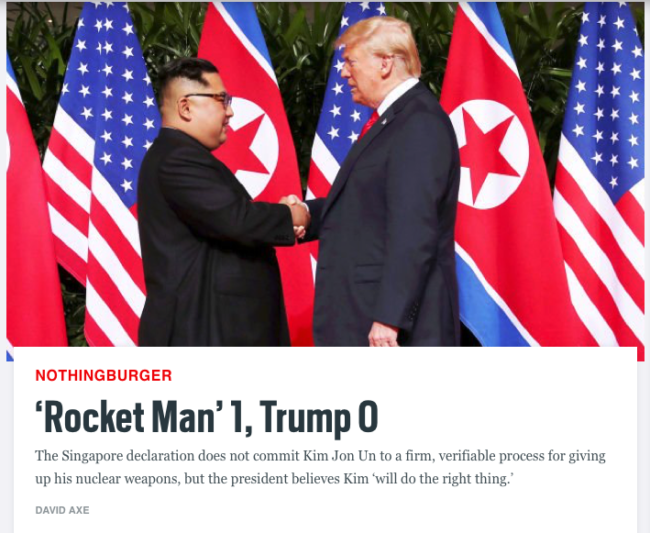 President Trump met with North Korean leader Kim Jong Un in Singapore today (well, sort of “today,” since it’s closer to Wednesday in Singapore now). Anyway, the early reviews from this historic summit are rolling in, and they are not good; if “Singapore” were a blockbuster summer movie, it would have a “Rotten Tomatoes” score in the single digits.

President Trump expressed a bewilderingly high degree of confidence after meeting with Kim Jong Un that the North Korean leader is personally committed to giving up the nuclear weapons that ensure his grip on power.

“I think he might want to do this as much or maybe even more than me,” the president said during a 65-minute news conference on Tuesday, after spending four hours with Kim in Singapore…

…Eager to cement what he’s calling “a very special bond” with Kim, Trump is giving someone the benefit of the doubt who has done little or nothing to earn it.

…When a reporter at the news conference asked how he’ll ensure Kim follows through, Trump was dismissive: “Can you ensure anything? Can I ensure you are going to be able to sit down properly when you sit down?” 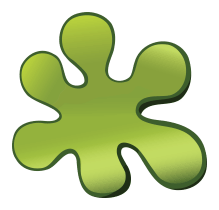 If the Washington Post isn’t your thing, how about Fox News:

“This is a slave state with 25 million prisoners and a gulag system hundreds of thousands of people wide,” Ben Shapiro said on “Fox & Friends” on Tuesday. “The president’s praise for the dictator of North Korea was disquieting.”…

…”We didn’t have the do this. The guy’s a tin-pot dictator, and treating him as though he’s an equal world leader seems to me counterproductive,” Shapiro said.

ICYMI, “Fox & Friends” host Abby Huntsman had to apologize after calling the Singapore summit a meeting of “two dictators.”

Now, back to our news. From David Sanger at the New York Times:

On paper, there is nothing President Trump extracted from North Korea’s leader, Kim Jong-un, in their summit meeting that Mr. Kim’s father and grandfather had not already given to past American presidents.

In fact, he got less, at least for now. But as Mr. Trump made clear in a lengthy but vaguely worded reconstruction of their five hours of talks, none of that really matters to him. [Pols emphasis]

Instead, he is betting everything on the “terrific relationship” and “very special bond” that he said he developed with the 34-year-old dictator, and Mr. Trump’s seeming certainty that they now view the future elimination of North Korea’s arsenal of atomic weapons the same way. He swatted away suggestions that the phrase “complete denuclearization of the Korean Peninsula” means something different in Pyongyang than it does in Washington.

Trump also blindsided both South Koreans and U.S. military leaders with his statement about ending “war games” and military exercises in the region.

“It sure looks as if President Trump was hoodwinked in Singapore.”

Despite Trump telling reporters that his meeting with Kim went “better than anybody could have expected,” only one man truly had any reason to celebrate.

Kim walked away from the brief summit at a Singapore hotel on June 12 with all the legitimacy that a meeting with the world’s most powerful person confers—and without giving up very much in return. In addition, Trump said the U.S. would end war games with South Korea, which the president later described to ABC News as “very, very expensive” and “provocative.”

“Kim achieves a huge goal of his father and grandfather in exchange for… agreeing to acknowledge progress,” Jeffrey Lewis, a nuclear expert at the Middlebury Institute of International Studies at Monterey, told The Daily Beast. [Pols emphasis]

And here’s Dave Boyer of the Washington Times:

The president sounded at times like the developer who built a real-estate empire, pointing out the opportunities for development in North Korea.

“It’s going to be up to the people what they want,” he said. “As an example, they have great beaches. You see that whenever they’re exploding their cannons into the ocean, right? I said, ‘Boy, look at that place, wouldn’t that make a great condo?’ And I explained it, I said, ‘Instead of doing that, you could have the best hotels in the world right there.’ “ [Pols emphasis]