The Pueblo Republican Party sent out its regular email newsletter over the weekend, which turned out to be more difficult than expected. If you happen to be on the Pueblo GOP’s email list, you probably received multiple messages about a mistake and an attempted correction before everything was finally straightened out.

The first version of the newsletter went out with a significant omission in its list of Republican candidates for Governor: 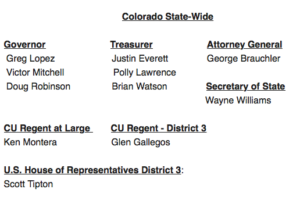 Somebody apparently noticed the mistake soon after the email was sent, which led to this update: 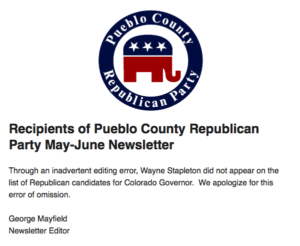 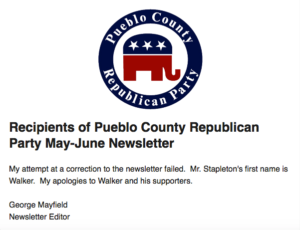 We have no doubt that this was a completely unintentional mistake. Unfortunately for George Mayfield and Walker Stapleton, that doesn’t make it any less hilarious.