Tillemann, a tech entrepreneur who worked with the Obama administration, said Friday he would either drop out of the race or call on fellow Democrat Jason Crow, an Army Ranger veteran and lawyer who has backing from the Democratic Congressional Campaign Committee, to drop out of the race, depending on whether poll numbers show that Tillemann has a shot at winning against incumbent Congressman Mike Coffman, a Republican from Aurora.

Tillemann campaign officials said they would not release the polling data immediately because it “includes valuable data.” [Pols emphasis]

…It’s unclear what the polling numbers were for Crow in that survey or what details of each candidate’s bios were given…[i]n a separate PPP poll from February, Crow had a 10-point lead over Coffman.

And with that, the stunt Levi Tillemann rolled out last week with fanfare becomes a bad joke. Almost certainly this poll shows that frontrunner Jason Crow would perform better in a head-to-head matchup against incumbent Rep. Mike Coffman, a fully predictable result given Crow’s better name ID. Needless to say, that would not be a result helpful to Tillemann. It appears that Tillemann won’t be calling for Crow to get out of the race now, so at least there’s that.

We assumed earlier today that Tillemann surely must have known something about the results of a poll his campaign commissioned in order to have gone forward with the announcement that either he or Crow should pull out of the race based on its results. Now it appears that Tillemann was flying blind.

Which means this was a very bad idea. If we were Crow, we’d offer to pick up the tab.

UPDATE: Via Kara Mason at the Aurora Sentinel:

Alex Ball, a spokeswoman for Crow, said Tillemann should focus on running a campaign of integrity instead of dropping out.

“After appearing at so many candidate forums with Mr. Tillemann during this campaign, Jason would welcome another opportunity to debate with Mr. Tillemann at an event sponsored by local media organizations once Mr. Tillemann joins Jason in signing the Clean Campaign Pledge,” Ball said in an email. “It would be a shame if Mr. Tillemann chose to just drop out of the race instead. As Mr. Tillemann decides what to do, Jason Crow will continue running a positive, transparent, people-focused campaign – the kind of campaign that probably explains Jason’s resounding victory at the Democratic Assembly.” 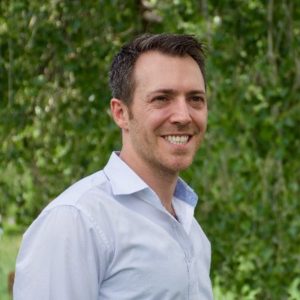 Ernest Luning of the former Colorado Statesman reports on an odd development in the Democratic primary in CD-6–underdog challenger Levi Tillemann is reportedly awaiting the results of polling that he has declared will decide for him whether to continue in the race against Jason Crow:

Democratic congressional candidate Levi Tilleman said Friday he’ll drop out of the 6th District primary if a poll he has commissioned shows that primary rival Jason Crow is the only Democrat who can unseat five-term Republican Mike Coffman in the suburban swing seat.

Tillemann told Colorado Politics he expects to have the results in hand Monday of a survey measuring the two Democrats’ relative strength against Coffman and will quit the race the next day “for the good of the nation and the party” if it looks like Crow’s position is “substantially” better.

But if it turns out national Democrats have been bluffing, Tillemann added, he plans to call on Crow to withdraw and for the Democratic Congressional Campaign Committee to “stop meddling” in the party’s primaries.

Tillemann has only raised a small fraction of the money Crow has, and overall has been considered the minor candidate in the Democratic CD-6 primary–enough that Tillemann reaching the ballot during the CD-6 assembly at all was a bit of a surprise. Tillemann has sought to capitalize on a story from early January (and recirculated more recently in national media) about a conversation with Rep. Steny Hoyer in which Tillemann was told rather frankly that Crow was the more viable candidate. This may not go down as the smoothest moment of intraparty diplomacy in history, but given Tillemann’s lack of momentum we’d say Hoyer’s reasoning has been validated.

With all of this in mind, we are curious about what Tillemann’s poll will have to say about this race–not just about Tillemann, but the vulnerability of incumbent Rep. Mike Coffman in general. As for the poll’s stated purpose, it’s very unlikely that Tillemann would set this up without some idea of the outcome–but the odds that Tillemann would actually withdraw from the primary, even if the polls does come back with numbers that look bad, seem highly remote. Unless, of course, this is just a way to acknowledge the inevitable.

There’s nothing we can see here to change the trajectory of this race, but it makes for interesting scenery. We’ll update when the poll is released no matter what it says.