WEDNESDAY UPDATE: Farah confirms his candidacy with Ernest Luning at the publication formerly known as the Colorado Statesman and John Frank at the Denver Post. Here’s what Farah said in an interview with the Post:

…”Conservatives don’t really want a non-conservative to win — that’s not accomplishing anything,” he added, referring to Coffman. “So that doesn’t make sense. And the rest of the field at the assembly doesn’t seem to really be gaining any traction.”

You heard it here first.

UPDATE: Judging by updates made to Farah’s YouTube account this afternoon, a campaign announcement would seem to be forthcoming: 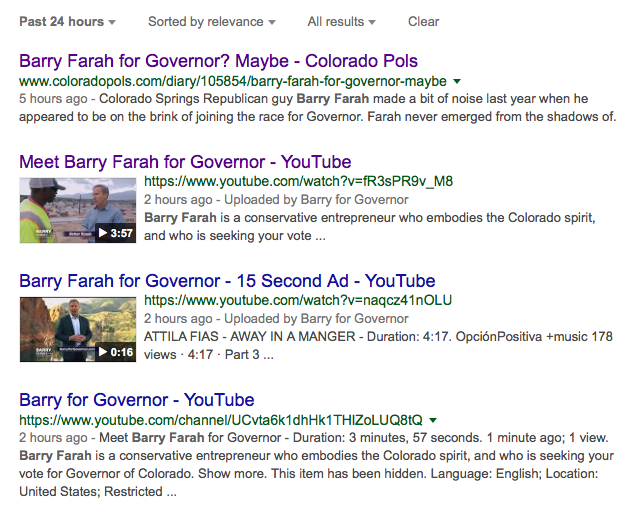 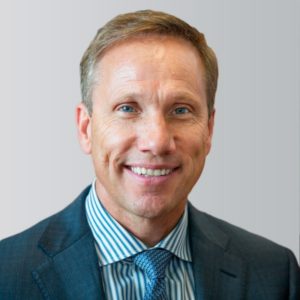 Colorado Springs Republican guy Barry Farah made a bit of noise last year when he appeared to be on the brink of joining the race for Governor. Farah never emerged from the shadows of those rumors as an actual candidate, but we’re hearing that an actual campaign announcement may now be imminent.

We know what you’re thinking — why now? Today is the deadline to submit petition signatures for ballot access, so Farah would have to get at least 30% of the vote through the caucus/assembly process in order to qualify for the June Primary. But it is the relative weakness of the Republican caucus/assembly field that may have convinced Farah that it isn’t too late to make a run for the GOP nomination.

The Republican Party’s state convention is on April 14 in Boulder, and while that doesn’t give Farah a lot of time to make his case, it’s plenty reasonable to think that he could attract at least 30% of the vote in a field where Cynthia Coffman and Steve Barlock seem to be at the front of the line. Republican turnout at county assemblies has been fairly weak, so Farah might already have a pretty good idea of where he stands with the GOP base.

Presumed Republican frontrunner Walker Stapleton may also have to make a major effort to qualify for the ballot through the state assembly because of concerns about his petition signatures. Stapleton submitted 21,000 signatures to the Secretary of State’s office for ballot access, but after Democrat Michael Johnston barely made the ballot with a 56% validity rate (and 1,500 more signatures than Stapleton), there is concern in Republican circles that Stapleton might need the convention process in order to get his name on the June Primary ballot. In this scenario, the GOP state convention could be an absolute free-for-all in the battle for delegates — which makes Farah’s potential late entry into the race all the more plausible.