“If we don’t move forward with this expulsion, we are sending a very dangerous message that when we put on this badge, that we are held above accountability and reproach,” [Rep. Faith] Winter said. “The last thing I was thinking of when I came forward was politics. My whole goal in coming forward was to make sure this behavior stopped and that women in this building felt safe and felt like their voices were heard.”

Lebsock told Denver7 that he has no plans to resign. He will be given time to address the allegations against him on Friday, Becker said.

“I don’t think I’ll be expelled,” Lebsock told Denver7 in an interview Tuesday in which he continued to maintain the accusations against him were not credible. “The members of this body will see what’s going on and I will not be expelled….Over the coming weeks and months, the people of Colorado will have a greater picture about how the two-party system has failed us and how, literally, I’m being thrown underneath the bus.”

Without GOP support, arithmetically the expulsion does not go forward. Tension mounts– 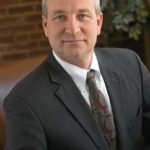 UPDATE #2: The House will vote Friday on the resolution to expel Rep. Lebsock. 44 House members must vote to expel. Democrats hold a 37-seat majority (36+Lebsock).

UPDATE: Rep. Faith Winter, who was first to come forward:

Five brave women came forward with 11 allegations. All allegations were found credible. #timesup I will not be silenced, I will stand up to bullies. Together we will create a workplace that respects everyone and values all voices. #coleg

Breaking word from the floor of the Colorado House moments ago: the independent investigation into alleged sexual harassment by Rep. Steve Lebsock has found credible 11 allegations of harassment from 5 women.

As a result of this finding, Rep. KC Becker announced that she will introduce a resolution to expel Rep. Lebsock from the Colorado House later today. The investigative report is not being made available to press, the public, or even legislative staff–only members for the purpose of considering the motion to expel Rep. Lebsock. This is reportedly the first attempt to expel a sitting legislator in the state of Colorado since 1915.

We’ll update shortly with coverage and responses from all parties. Stay tuned.