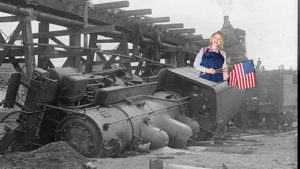 Cynthia Coffman rumbling down the tracks.

Ernest Luning of the publication formerly known as the Colorado Statesman updates the story of Attorney General Cynthia Coffman’s struggling gubernatorial campaign, as the slow realization that Coffman lacks the resources to mount a successful petition drive to make the primary ballot sets in:

Attorney General Cynthia Coffman is gathering petition signatures in hopes of landing a spot on the Republican primary ballot for governor, but she’s also considering going through the caucus and assembly process, a campaign spokeswoman told Colorado Politics Wednesday.

“The campaign is still weighing all options,” Coffman aide Keeley Hanlon wrote in an email.

A week earlier, Hanlon said Coffman, one of nine declared GOP candidates for governor, “remains committed to petitioning onto the ballot,” but Coffman raised the possibility she might switch course in a radio interview on Saturday in the wake of Tom Tancredo’s sudden withdrawal from the primary race…

Asked Saturday by 710KNUS host Craig Silverman whether she might switch gears, Coffman insisted she was gathering signatures but said she was considering also going through caucuses and assembly and would decide within days.

Last week, the Statesman quoted former Colorado GOP chairman Dick Wadhams accurately in assessing the cost of a successful petition drive–a cost more than double what AG Coffman has on hand for her gubernatorial campaign. The tremendous difficulty and scandal Republican candidates for the U.S. Senate in 2016 faced with their own paid signature gathering campaigns has upped the ante all the more for 2018 for any candidate actually hoping to succeed, and Coffman’s far better-funded opponents have the resources to carry it off where she arithmetically does not. 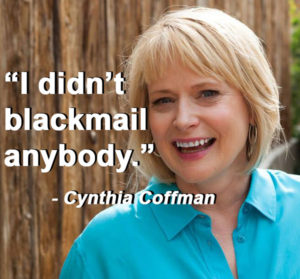 That leaves Coffman with one other path to the ballot, via the Republican Party’s caucus and assembly process. With Tancredo’s departure from the gubernatorial race, the traditional first-choice option for candidates of going through the caucus is seemingly left wide open. The problem for Coffman is that she is arguably the least popular candidate in the entire field with Republican base voters after her role in a disastrous failed “palace coup” attempt against then-GOP chairman Steve House involving salacious allegations against House and blackmail charges against Coffman. Coffman’s insistence that “all is forgotten” now is not shared by many of the party members she will be asking for support from at the assembly.

With all of this in mind, it’s likely that any of the other Republicans in the race could easily knock her down, or even out, with a pro forma presence in the assembly process. Frankly, going assembly isn’t more of a risk than trying to petition on the ballot without any money. The point is that it’s Coffman’s record that makes the caucus route by far the less desirable option for her. And without the coin to wage a real petition drive, it’s her only option.

Or, as may become apparent to everybody soon, she has no options.