Will Greeley’s Felon Republican Councilman Be Allowed To Serve?

THURSDAY UPDATE: The answer to our question appears to be no.

The Greeley City Charter prohibits residents with a felony conviction from serving on city council, and Mirick pleaded guilty to felony forgery in 1978 in San Diego, Calif.

Mirick’s at-large position on council is now considered vacated, and the Greeley City Council must now appoint a replacement. 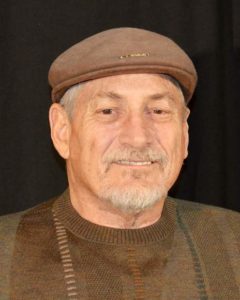 The Greeley Tribune’s Tyler Silvy follows up on the story of Eddie Mirick, Republican of Greeley who won an at-large seat on the city council after a nasty election battle that turned into a proxy fight involving the energy industry and a prominent Colorado Democrat:

Greeley City Councilman Eddie Mirick had his day in court Tuesday, arguing through his attorneys that the felony forgery charge he pleaded guilty to nearly 40 years ago was automatically reduced to a misdemeanor after Mirick completed jail time and probation…

The plaintiffs, a group of Greeley residents represented by attorney Martha Tierney, argued the opposite. They say proof would exist if Mirick’s felony was changed to a misdemeanor, and there’s no proof of that. [Pols emphasis] Meanwhile, they say there’s plenty of evidence, including Mirick’s own testimony, that Mirick pleaded guilty to a felony all those years ago.

Mirick will have to wait a little longer before he knows whether he’ll be able to continue to serve, as he and residents who are protesting his eligibility await Weld District Court Judge Marcelo Kopcow’s written decision.

The contention that Mirick’s felony was reduced to a misdemeanor does not appear to be supported by court records, forcing Mirick to assert it had been done “automatically”–which we assume would also appear in the record, since it’s a very important distinction and presumably Mirick would want to know for sure. And Greeley’s charter is unambiguous about disqualifying convicted felons from serving on the city council.

What’s the moral of this story? Run a background check on your candidates before you spend tens of thousands of dollars supporting them. And if you want to turn an obscure municipal election into a stick to beat your regular political opponents with, make doubly sure you run that background check.

Because the people who look like idiots in this case are not named Jared Polis. That honor is reserved for Vital for Colorado, who spent tens of thousands of dollars to get a felon elected to the Greeley City Council.