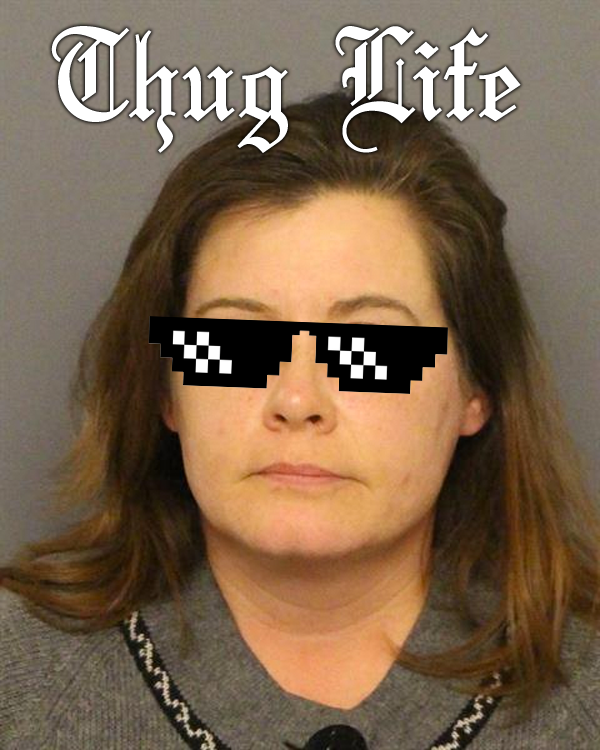 WEDNESDAY UPDATE: Denver7 updates the story with details about just how stupid Rep. Lori Saine apparently was here, walking into an airport security checkpoint with a loaded 9mm pistol:

The probable cause statement says Saine’s arrest happened shortly after 1:45 p.m. The statement says a TSA agent spotted “what appeared to be a loaded firearm” in Saine’s bag.

The statement says she “knowingly brought the handgun into the North Screening Check point.”

When TSA agents checked the bag, they found a 9mm semi-automatic handgun with four rounds in the magazine. There was not a round in the chamber, according to the statement.

We’ll be interested to hear exactly what Rep. Saine told TSA agents when they found the gun in her bag. Did she assert something to make it clear she knew the gun was in her bag? Maybe a little “constitutional carry” bluster without realizing that wouldn’t help her legally?

Either way it’s the biggest moment of either negligence or willful irresponsibility since Rep. Jared Wright left a loaded handgun in a House committee room back in 2014.

Which you might recall was a career-ending screwup. Stand by for updates from Rep. Saine’s court appearance this afternoon.

UPDATE #3: Denver Post reporting that Rep. Lori Saine was in custody as of 4:30PM.

Court records and the Denver Police Department confirm Saine’s arrest, and DPD said the case will be forwarded to the district attorney’s office to determine if she will face charges.

The pre-filed charge is a sixth-degree felony, introduction of a firearm into a transportation facility.

RE: @BenteBirkeland report on Rep. Lori Saine’s arrest at DIA for carrying a firearm, Saine was the sponsor of this year’s bill aimed at repealing the prohibition of certain high-ammo magazines. https://t.co/eX1XTL2nUA #copolitics #coleg

That’s the word from KUNC’s Bente Birkeland, we’ll update once we know more:

BREAKING: @lorisaine arrested at DIA for carrying a firearm at DIA. Denver police department says “At the conclusion of the investigation, the case will be presented to the Denver District Attorney’s Office for consideration of possible charges.”#coleg #copolitics #cogov

As readers may know, Colorado lawmakers exploit a loophole in state law that allows them to carry concealed weapons inside the Colorado Capitol: despite the fact that citizens with concealed carry permits are not allowed to bring their guns inside the building, and despite the fact that the state capitol already has armed State Patrol officers protecting everyone inside.

It would sure be nice if lawmakers would justify that privilege by being responsible with their guns.