With all eyes on next week’s primary, there has been much focus on the Governor’s race. And rightfully so. But we can’t forget about the other races on the ballot. And none are more important at this time in our country’s fragile history than Attorney General. I want an AG who is going to fight against the extreme policies of the Trump Administration, like the outrageous practice of family separation at our borders that has become government-sanctioned child abuse. And most of all, I want an AG who is going to enforce and defend the strong gun laws we put in place here in Colorado. That’s why I’m supporting Phil Weiser.

Joe Salazar wants us to believe he’s a streetfighter. That he can’t be bullied and he won’t back down. But that’s not the Joe Salazar I met. Since my sister Mary was killed at Sandy Hook Elementary School, I’ve spent countless hours at the state Capitol, advocating for stronger gun laws. It has been my way of fulfilling the promise I made to my sister at her funeral — that I would never stop fighting so another family would not have to experience the pain and suffering ours has been forced to bear. I kept my promise when I testified on behalf of bills to require background checks on all gun sales and limits on high capacity magazines in 2013. I kept my promise in 2014 when the gun lobby tried to repeal those bills. And I kept it when they tried again in 2015.

As Vice Chair of the House State Affairs Committee that year — the committee designated to “kill” the magazine limit repeal — Joe could have taken a tough stand to support gun safety. But instead, because of political pressure and fear of the harassment he was receiving from gun rights extremists, he attempted to cut a back room deal with Rocky Mountain Gun Owners to raise the limit to 30. My sister was killed by a shooter armed with 30 round magazines. I don’t know about Joe, but in my book, 30 rounds is high capacity.

When I finally got an opportunity to talk to Joe, he told me about the harassment he was getting. I understood what he was going through. Survivors, myself included, get harassed all the time. And we didn’t choose to put ourselves in this position. I asked him to be brave like my sister Mary. As an elected leader, you have to make tough decisions. And you have to stand strong in your beliefs and values. If you’re going to run a campaign based on the idea you can’t be bullied or bought, you better well mean it.

That’s why I’m voting for Phil Weiser for AG. Now, more than ever, we need an Attorney General who will stand up for what he believes and will not play political games. I know Phil will be that leader. If you care about preventing gun violence and keeping Coloradans safe, then I hope you’ll join me. 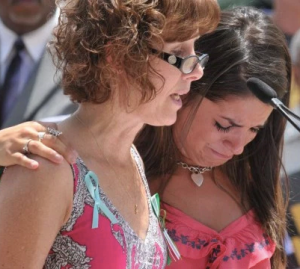 Colorado State Senator Tim Neville is promoting a gun give away to gin up support for his U.S. Senate campaign. The gun he is using to draw caucus goers is the AR-15 – the semi-automatic civilian version of the military M-16. There is much debate about whether the AR-15 is an “assault rifle” or a “sporting rifle.” Tim Neville tells us that “he believes the AR-15 is a great weapon,” and that people in Colorado are “pretty excited about it.” It is not hard to see based on Senator Neville’s legislative record that he is a gun extremist. Neville is a Second Amendment absolutist, championing guns for everyone, everywhere.

The idea of a sitting Colorado legislator using a powerful and deadly weapon to promote his candidacy is repulsive. I guess either Senator Neville is tone deaf or completely callous to the fact that there have been multiple shootings here in Colorado where the AR-15 has been used to take innocent lives. In the Aurora Theater shooting, 12 lives were taken and 70 others wounded by a depraved gunman with an AR-15. In the Colorado Springs shootings this past fall, the AR-15 was the openly carried gun that killed three innocent victims, and a similar weapon was used in the Planned Parenthood shooting taking the lives of three including a police officer, and injuring nine others including five police officers.

When I first learned of Senator Neville’s gun give away I was physically sickened. This is the gun that took my sister Mary Sherlach’s life at Sandy Hook Elementary School. This gun is not a toy to be dangled before constituents. I wonder if the Senator has given any thought to what could happen if the gun he is giving away fell into the hands of a dangerous person.

Using a deadly weapon for political gain is reprehensible. Is this the message a candidate for U.S. Senate should be sending in a state that has been torn apart by so much gun violence? I think not and I hope the voters of Colorado will agree.