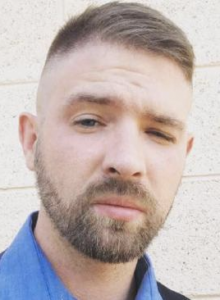 A little over a week ago, an alleged crime that took place in the Denver suburb of Sheridan made international headlines–and prompted anger from local conservatives that a violent incident against someone rightly or wrongly identified as a neo-Nazi was being “covered up” by the media.

The only problem, as FOX 31 reported yesterday? The incident never happened.

A man who reported he was stabbed in the parking lot of a fast food restaurant because he had a neo-Nazi haircut made up the story, the Sheridan Police Department said Monday.

He told detectives he got out of his vehicle when a black man in his mid-20s wearing a green shirt and blue pants came up to him and asked, “Are you one of them neo-Nazi?” before trying to stab him with a small knife.

Joshua Witt posted a photo of his bloody, bandaged hand with a description of the alleged attack to Facebook, which resulted in the story spreading rapidly–first through conservative media outlets, then to the New York Post and even international news sites: 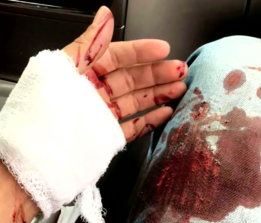 But as it turns out, Witt was seen on camera buying the small knife used in the attack a short while before! Apparently Witt got the idea to blame the whole thing on his haircut, known as a “fashy” due to its resemblance to 1930s Nazi German haircuts, after he accidentally cut himself with his new knife. Now, some people’s first response after accidentally cutting one’s self might be to make up a story about being attacked for looking like a Nazi, but we’re pretty sure most people would come up with something else.

Because really, who wants to be known for looking like a Nazi?

Of course, we don’t know anything about Witt’s political views–but it seems clear in hindsight that he was well aware of what his hairdo tends to connote, and was plainly happy to enlist as a martyr for the cause of wearing a “fashy.”

Obviously there is some complex psychology at work here, but the “fashy” itself might not be a mistake.