EXCLUSIVE: Coffman-Gate Scandal is About to Go Nuclear 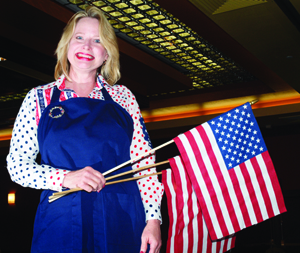 Attorney General Cynthia Coffman may soon be waving a white flag instead.

MONDAY UPDATE: We’ve heard from a number of people regarding a potential special election, which we originally noted could be held in November 2015. Should Cynthia Coffman resign in the near future, State Statutes indicate that Gov. John Hickenlooper would appoint a temporary replacement Attorney General until the State Senate reconvenes in Jan. 2016 (the Senate is required to approve an appointment), and a special election for the final two years of Coffman’s original 4-year-term would be held in November 2016.

The “Coffman-Gate” extortion/blackmail scandal was first coming to light late last Monday evening, and by Tuesday afternoon it was already clear that Attorney General Cynthia Coffman had essentially ended her political career by stabbing former ally Steve House in the back — twice — over a span of about 12 hours. When we wrote that Coffman’s political career was over, we figured that she’d likely finish her four-year term before declining to run for re-election or finding herself defeated in a Republican Primary in 2018.

We may have been too optimistic. It now seems possible that Coffman will not make it through the summer as Attorney General…and that might be the least of her concerns.

Apparently there is a fourth person who was heavily involved in the alleged extortion attempt of House; as of now, only Cynthia Coffman, former Rep. Tom Tancredo, and Pueblo County Republican Party Chair Becky Mizel have been publicly named. It would be a logical guess to say that former state Sen. Ted Harvey will be pulled into this before long — Harvey’s desire to be appointed Executive Director of the State Party has reportedly been a key piece of the extortion attempt — and perhaps he is the so-called “fourth person” now involved.

Federal Investigation Coming?
Behind the scenes, there has been a flurry of action involving the “Coffman-Gate” scandal over the past few days. We’re hearing that all parties involved are lawyering up in anticipation of a full-fledged criminal investigation — perhaps even a federal investigation (the FBI often handles investigations involving high-level elected officials, and we are talking about the top law enforcement officer in Colorado here). We’re still trying to gather details about the exact nature of a potential investigation, but it would almost certainly involve Coffman.

It now seems possible that Coffman will not make it through the summer as Attorney General…and that might be the least of her concerns.

The fact that everybody is scurrying for legal representation may indicate that someone involved in the extortion scandal is trying to make a deal ahead of any potential prosecution. It also explains why Coffman, Tancredo, and Mizel were being so cagey all week about the exact nature of their “grave and serious concerns” regarding House’s leadership of the State Party.

Significant Evidence
We’re also hearing that there is “significant evidence” (our phrase) that could elevate this case even further. From what we understand, there is a sizable amount of evidence indicating that the alleged extortion scheme was much more elaborate than has been reported. Depending on the type of evidence available, we could be talking about serious felony charges.

November Special Election Possible
Coffman’s political career is over — it’s really just a matter of how and when at this point. Coffman would almost certainly have to step down as Attorney General if she is facing felony charges, and replacing her would not be as simple as an appointment by Gov. John Hickenlooper. Coffman hasn’t even reached the 6-month mark of her first term in office, so her resignation would likely trigger a new, special election in November for Attorney General. Both Republicans and Democrats would likely have to find candidates and put together a full-on campaign sprint for the rest of the year.

We’ll continue to update this story as it develops, but you heard it here first on Colorado Pols.