So, Uh, Mitt Romney is NOT Running for President Again 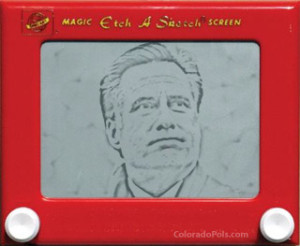 There’s no more need to try to re-invent Romney. Again.

According to The Washington Post, two-time Republican Presidental candidate Mitt Romney will NOT run for President for a third time:

“After putting considerable thought into making another run for president, I’ve decided it is best to give other leaders in the party the opportunity to become our next nominee,” Romney said in a statement he read to supporters on a conference call Friday morning.

Romney insisted that he would have had enough support from potential donors to be “more than competitive” and that the positive reaction he heard from Republican activists was “surprising and heartening.” He noted that he led the GOP field in recent public polls…

…Romney’s decision to forgo a third run came after a lengthy meeting of Romney’s inner circle in Boston last Friday, during which they evaluated feedback from former campaign donors and activists in key early voting states. The assessment was realistic — “we were not Pollyanaish,” one adviser said — and included reports from Iowa, New Hampshire and South Carolina, where Romney would have lost some key precinct leaders although still had considerable support.

Many participants left that session convinced that it was all but certain he would run again. In the end, however, Romney balked. One person close to the family said he made up his mind last weekend, but wanted to give himself the week to think it over before making his decision final.

“It’s a very personal decision,” said a senior adviser, who like others interviewed requested anonymity to speak candidly. “All the political metrics were positive. Ultimately, running for president, you just have to feel right about it in your heart. They just didn’t feel it was right. He’s a happy person. He’s not a needy, desperate guy.”

It sounds like Romney more or less concluded that he just didn't really want to do the thing for 2016, so why was he spending so much time recently keeping his name in the mix? Apparently he just really believes that former Florida Governor Jeb Bush should not be the GOP nominee in 2016, so Romney's ultimate goal was to poop in Bush's punch bowl for awhile. As our friends at "The Fix" explained:

"I believe that one of our next generation of Republican leaders, one who may not be as well known as I am today, one who has not yet taken their message across the country, one who is just getting started, may well emerge as being better able to defeat the Democrat nominee," [said Romney].

That second sentence is key to not only understanding Romney's thinking about his own candidacy (or lack thereof) but also how he feels about the race more generally. His motivation to re-consider his past denials of interest in a third race seemed designed to slow the momentum being built by former Florida Gov. Jeb Bush. The two men have a testy relationship and Romney has made clear privately and in kinder terms publicly that he didn't think Jeb was the right choice for the party.

Romney's consideration of the race over the intervening three weeks was entirely tied up with Bush and his own plans. It was huge news — in the political world — when, on Thursday, Dave Kochel, a longtime Romney adviser, signed on with Bush to be his campaign manager. The entire conversation over the past 21 days was whether, with Jeb and Mitt in the race, there would be room for any of the "new" faces in the party like Wisconsin Gov. Scott Walker or Florida Gov. Marco Rubio (or even New Jersey Gov. Chris Christie).

Take that, Jeb! Who's next?