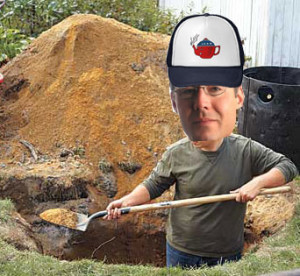 A very strange story written by Denver Post political editor Chuck Plunkett last Friday could result in even more credibility damage to the state's biggest newspaper. As our readers will recall, a freelance local reporter named Art Kane had a contract to write stories about the implementation of the Affordable Care Act in Colorado for the Denver Post earlier this year. As we covered in detail, those stories were replete with factual errors, necessitating repeated corrections by the Denver Post. Kane's grant from Kaiser Health News was not renewed, and he subsequently went to work for a conservative "news" site called Watchdog.org–writing much more straightforward political hit pieces for an outlet not concerned with things like accuracy.

And that's where, as Plunkett picks up the story Friday, things get stupid:

Arthur Kane, an award-winning journalist, posted a first-person account Friday of an encounter with the Hickenlooper campaign in which he says he was threatened with arrest.

Kane is a former Denver Post reporter and former Channel 7 investigative executive producer whose new gig is with the libertarian-leaning Watchdog.org.

Full stop. "Libertarian-leaning?" This is something we've noticed with Plunkett: the words "libertarian" or "liberty movement" are frequent code words for conservative political groups he likes–as opposed to the much more appropriate descriptor "Republican-leaning," which would be accurate even if it turns off half his readers. But that's not the worst part: as we suspect Plunkett knows very well, Watchdog.org can be traced directly back to allies of Gov. John Hickenlooper's Republican opponent Bob Beauprez. 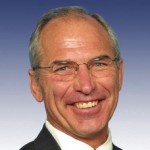 Watchdog.org is operated by the Franklin Center for Government and Public Integrity, a conservative nonprofit group. The Denver Post reported in their own profile of Beauprez that he was paid over $100,000 by a group called the John Hancock Commttee for the States since 2009 to advocate for the Tea Party and conservative causes. Therein lies the connection: The John Hancock Committee for the States and the Franklin Center were both launched in 2009 by another conservative group called the Sam Adams Alliance, which supplied millions of dollars in funding for each group. The organizations have many individuals in common, including board members and employees.

In short, a "media outlet," created by the same organization that also started and funded the group that paid Bob Beauprez to advocate for them, is now attacking Beauprez's opponent in the gubernatorial race. And the political editor of the Denver Post is openly running cover for their actions, omitting crucial details about the clear connections between these groups.

Kane told me that after seeing the governor at the public event Friday he stopped by the campaign’s headquarters and talked to spokesman Eddie Stern.

Ultimately, Kane reports, Stern asked him to leave, and when he did not, Stern began calling the police. At that point, Kane, who recorded the encounter, left.

“It’s just a ridiculous way to handle the press,” Kane told me Friday.

The answer, if you know all the details that Plunkett omitted, is simple: Art Kane is not "the press." Kane is a paid political operative on the same level as a campaign tracker, working in the service of Hickenlooper's opponents. We have no idea why Plunkett would try to blow up this story into a "journalism" issue, but it's just silly: Hickenlooper's campaign office is located on private property. If employees in that office ask for someone to leave said private property and that person refuses, as Plunkett describes having happened here, the appropriate thing to do is call the police. We would say call the police even if it's a reporter–and definitely if it's just a discredited hack working for a right-wing blog.

By putting his credibility on the line in defense of Art Kane, Plunkett debased the real journalism his newspaper is responsible for providing their readers. This may not be the first such incident for Plunkett, but it's one of the most egregious. And as we've said before, the people of Colorado deserve better from our newspaper of record.