Denver To DougCo: Get All The Way Bent 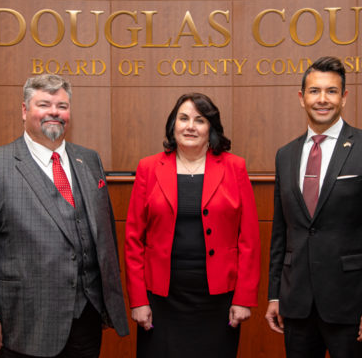 Daniels Park, near Castle Pines, is known as a place for celebrations hosted by Indigenous people. It’s also home to a bison herd. While geographically outside of Denver, the park is part of the Denver Mountain Parks system.

Teal announced last week he wanted Douglas County to purchase the park from Denver. A social media post and previous meeting agenda indicated the decision is in response to a new Denver law that prohibits concealed carry guns in parks…

As Powell explains, there are a host of seemingly insurmountable problems with Douglas County taking Daniels Park from Denver. Daniels Park’s land value is an estimated $800 million, which is multiples of Douglas County’s annual budget. In addition, selling Daniels Park to Douglas County would require a vote of Denver residents, who we seriously doubt would consent to handing over a jewel of the city’s mountain park system because some exurban right-wingers don’t like gun control.

Speaking we expect for most of the 715,000+ residents of the City and County of Denver, this morning Mayor Michael Hancock sent a letter to Commissioner Teal in response to the news reports–and it looks to us like the matter is not just closed, but slammed shut with prejudice: 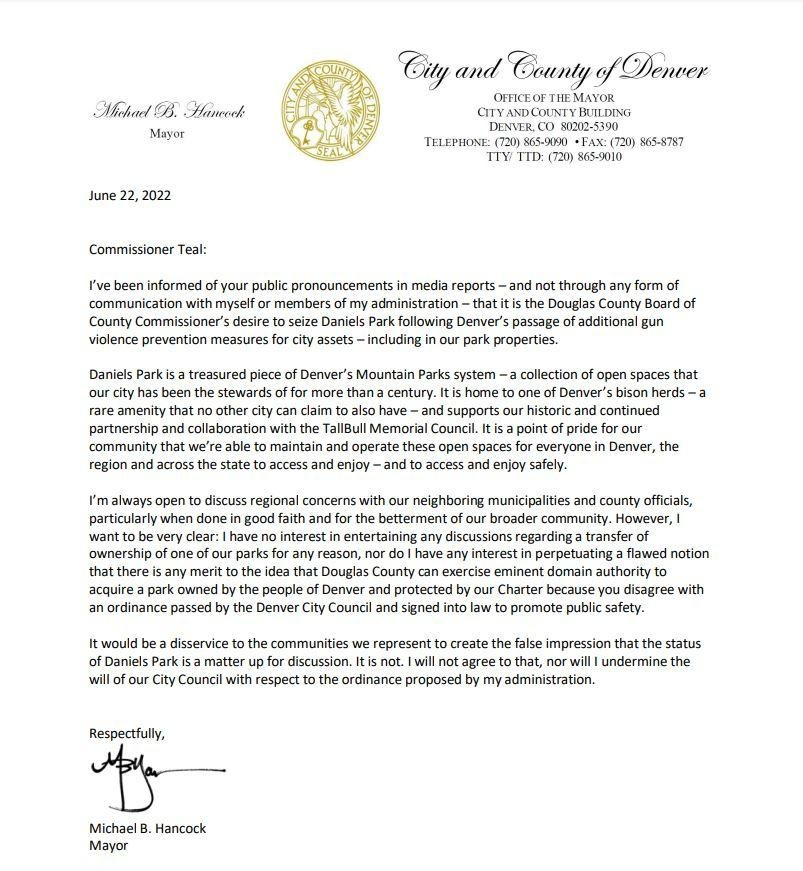 The short version? Pound sand, cowboys. And if you want to experience the beauty of Denver’s Mountain Parks, the park’s owners who outnumber the residents of DougCo two to one say that’s fine: just leave your guns at home.