“My own service in Afghanistan made it abundantly clear to me that if there was a military solution to the war in Afghanistan, we would have found one years ago. I support the Biden Administration’s decision to finally bring our longest war to an end, but we must do so in a way that keeps our promises to our allies, protects the women and children of Afghanistan, and ensures a safer and more secure world.

“In the coming days and weeks, I look forward to engaging with the Administration to learn more about their plans for a safe and responsible withdrawal of troops, as required under federal law.” 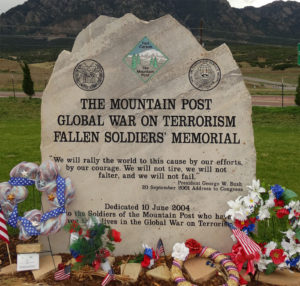 Big enough foreign policy news to merit a mention in this provincial space, as the Washington Post reports:

President Biden will withdraw all American troops from Afghanistan over the coming months, people familiar with the plans said, completing the military exit by the 20th anniversary of the Sept. 11, 2001, attacks that first drew the United States into its longest war.

The decision, which Biden is expected to announce on Wednesday, will keep thousands of U.S. forces in the country beyond the May 1 exit deadline that the Trump administration negotiated last year with the Taliban, according to one person familiar with the matter, who like others spoke on condition of anonymity to describe plans that are not yet public…

“This is the immediate, practical reality that our policy review discovered,” the person familiar with the deliberations said. “If we break the May 1st deadline negotiated by the previous administration with no clear plan to exit, we will be back at war with the Taliban, and that was not something President Biden believed was in the national interest.”

We’re waiting for a statement from Rep. Jason Crow, a veteran of the war in Afghanistan who expressed hope in February that the Biden administration was moving to a swift and responsible end to the conflict:

“I look forward to working with the Biden Administration to responsibly end the war in Afghanistan. My service in Afghanistan showed me what makes the U.S military the strongest in the world, but also revealed the limitations of military power. If there was a military solution to the war in Afghanistan, we would have found one years ago. Our longest war must come to an end, but we must do so in a way that keeps our promises to our allies, protects vulnerable populations, including the women and children of Afghanistan, and ensures a safer and more secure world.”

Once considered the only justified military action after the 9/11 terrorist attacks in stark contrast to the misguided invasion of Iraq in 2003, the war in Afghanistan ground on for years after the death of Osama bin Laden in neighboring Pakistan even as Afghanistan has faded in relative geopolitical importance. President Donald Trump had negotiated an arbitrary deadline to withdrawal, and hopefully the slightly longer period Biden plans to take to get the troops out in an organized fashion will not result in additional lives lost.

We’ll update with statements as they arrive, in the meantime less war is always a good thing.