Boebert Returning To Mar-A-Lago for Another Fundraiser

(So much for draining the swamp – Promoted by Colorado Pols) 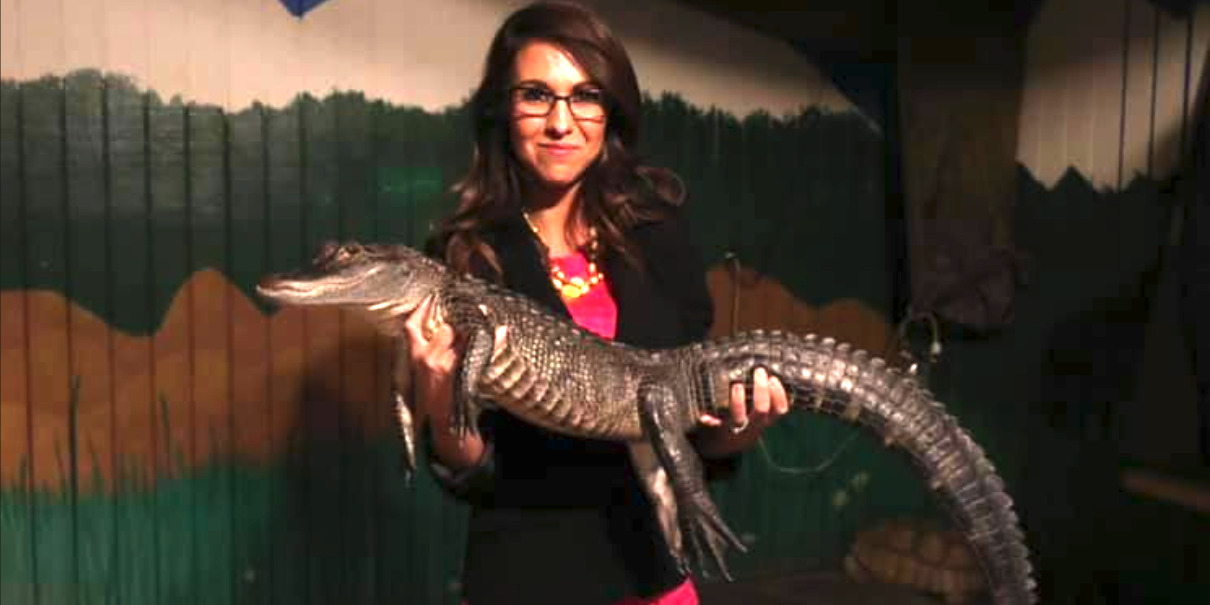 Last Friday, Politico’s Alex Issenstadt reported that Congresswoman Lauren Boebert (R-CO), along with fellow QAnon-linked Rep. Marjorie Taylor-Greene (R-GA) and many other members of the far-right House Freedom Caucus, will join former President Donald Trump on April 24 for a fundraiser at Mar-A-Lago.

This is the second trip to West Palm Beach in three months for Boebert, who with Rep. Matt Gaetz (R-FL) co-headlined a fundraiser for Sen. Mike Lee (R-UT) in February. Gaetz, who is now under investigation for child sex trafficking, is not among those listed on the invitation, despite being both a Floridian and a prominent House Freedom Caucus member.

Besides Boebert and Taylor-Greene, other members of Congress featured at the event are Reps. Jim Jordan (R-OH), Andy Biggs (R-AZ), Mo Brooks (R-AL), Ted Budd (R-NC), Scott Perry (R-PA), and Waren Davidson (R-OH). All eight current members voted in favor of blocking President Biden’s election win. Most have openly questioned the legitimacy of the 2020 presidential election results, despite the fact that all of them were also elected to office on the same ballots. Boebert has continued to promote QAnon-linked conspiracy theories since taking office. 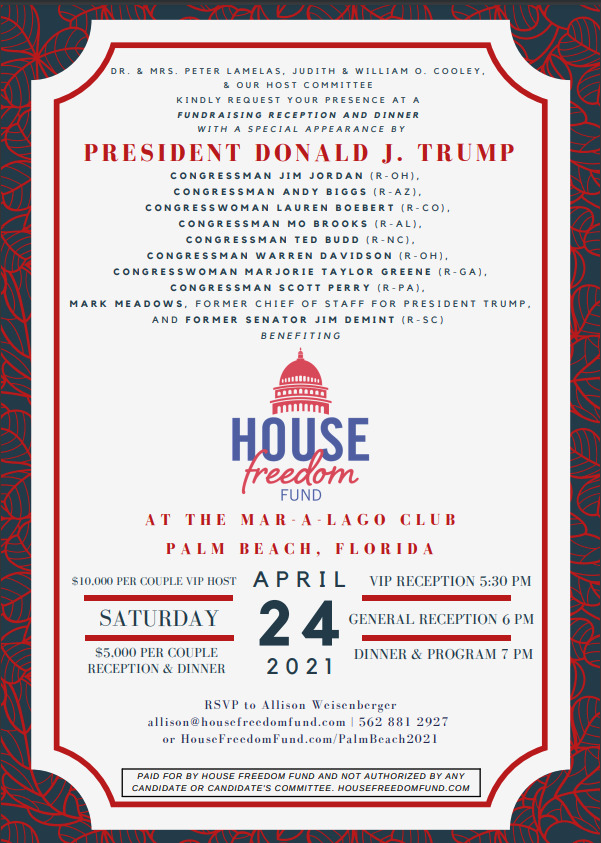 Trump’s former Chief of Staff Mark Meadows (who also previously served in the House) and former Sen. Jim DeMint are also listed. Tickets to the event start at $2,500 per person, with VIP packages available for double that price.

Host Dr. Peter Lamelas is a longtime Trump donor and emergency room physician who founded a chain of urgent care clinics in Florida.

This is Stephanie and Dr. Peter Lamelas of Palm Beach, FLA. They are consponsoring a fund raiser that Mar-A-Lago for Sen. Mike Lee tonight at Mar-A-Lago. Guests of honor for this fascist, sedition soaked event are Matt Gaetz and Lauren Boebert. Give them some notoriety twitter. pic.twitter.com/YWTVxx6son

Another host, William Cooley, is best-known for initially funding the Keep America Great PAC, which was eventually disavowed by the Trump campaign during the last election. 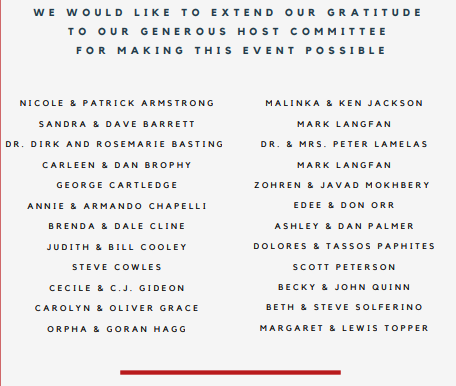 Host Lewis Topper, a Wendy’s franchise magnate, made $2.6 million in federal contributions last year, including just under $600,000 to the RNC and nearly $20,000 to the Colorado Republican Party.

Dan Palmer, whose brother Geoff is one of Trump and the GOP’s largest donors (over ten million dollars to candidates & PACs in the 2020 cycle), is a GOP consultant and also a CU Boulder grad.