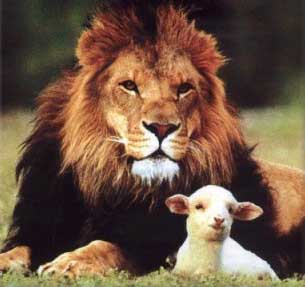 The Colorado Sun’s Mark Jaffe reports on a landmark agreement finalized last week that shows how the game has changed for the betterment of the environment and public health under Gov. Jared Polis and the ambitious reforms of oil and gas drilling policy in 2019:

A rule clamping down on air pollution from key devices used by the oil and gas industry – which drew support from environmental groups and industry – was unanimously adopted by Colorado air quality regulators Thursday.

The state Air Pollution Control Division had initially proposed a rule to the AQCC that would have required non-emitting controllers only at new facilities, but over the past few months negotiations among industry representatives, environmental groups and local governments broadened the rule to encompass existing operations.

Environmental groups are very pleased to have gotten an even more comprehensive agreement than the state had original sought, crucially including the retrofitting of existing wells with non-methane emitting pneumatic controllers:

“Colorado is once again leading the nation in addressing methane emissions from the oil and gas industry,” said Dan Grossman, Rocky Mountain Regional Director for Environmental Defense Fund. “With broad support from industry and the environmental and public health community, the Commission is setting the standard for other states and the U.S. EPA to follow in addressing pollution from new and existing sites using pneumatic devices.”

“With the impacts of climate change hitting closer to home than ever before, we’re so excited to see Colorado once again set national leadership with precedent-setting, commonsense rules that reduce methane pollution in our communities,” said Sara Rose Tannenbaum, Climate Advocate, Conservation Colorado.

More from Earthjustice and the Colorado Sierra Club:

“Colorado has the opportunity to lead the country by adopting the first retrofit requirement for non-emitting pneumatics,” said Earthjustice attorney Robin Cooley. “These cost-effective requirements are long overdue and will be a critical step toward addressing Colorado’s ozone problems and meeting the state’s greenhouse gas reduction goals.”

“The requirement to replace existing pneumatic devices is especially important because studies show that a significant portion of them are not working properly and are currently emitting copious quantities of ozone causing chemicals and greenhouse gases,” said Ramesh Bhatt, Chair of the Conservation Committee of the Colorado Sierra Club.

And as the Sun continues, the weirdest part of all of this–or maybe the new normal–is the willingness of the oil and gas industry to negotiate in something that feels strangely like good faith:

The compromise rule was supported by groups ranging from the Colorado Oil and Gas Association, an industry trade group, to Conservation Colorado. More than 60 local governments also backed the rule.

“The stakeholder discussions surrounding pneumatic controllers have proven intensive and deeply substantive, but the collaborative and good-faith work across parties has led to a clear path forward for further emissions reductions in the state,” Lynn Granger, executive director of the trade group API-Colorado, said in a statement.

Though there’s no guarantee or even reason to expect that every policy change on the way to meeting the ambitious targets in greenhouse gas emissions called for in 2019’s House Bill 19-1261 will enjoy the same consensus, we do see a recognition here on the part of the fossil fuel industry that the politics governing their operations in Colorado have changed. With Colorado’s new Climate Action Plan and the changed mission of the Colorado Oil and Gas Conservation Commission (COGCC) to prioritize public health over “fostering” the growth of this one special interest, the once-dictatorial influence oil and gas wielded over Colorado politics has shifted to something more like the regulation of tobacco or other known deleterious industries.

This seems to be much better for everybody. More honest, not to mention more likely to actually achieve the outcomes voters mandated when they elected Gov. Polis and his overwhelming Democratic majority in 2018. We’ve come a long way from the reality-detached posturing that followed the passage of these bills in 2019, dire warnings that Senate Bill 19-181 would “destroy oil and gas” and misinformation that led in significant part to the half-baked failed recalls against Polis and various opportune Democratic legislators.

The struggle over addressing climate change in Colorado is not over, but the fossil fuel industry is not winning.