At Least She’s Not Your City Councillor–Oops, Sorry Lakewood! 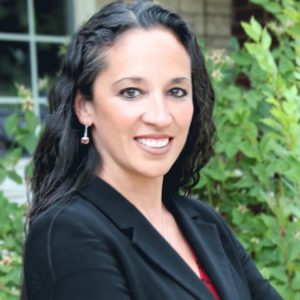 CBS4’s Shaun Boyd has a wild story out today out of suburban Lakewood, Colorado involving a dispute between recently-elected City Councillor Anita Springsteen and a local assisted living center for dementia sufferers, which allegedly devolved into knife-wielding threats of violence–from a man identified as Springsteen’s boyfriend in this story:

She admits they didn’t always succeed. Neighbors complained of the alarm system, parking, and trash pickup. Among those neighbors is Lakewood City Councilwoman Anita Springsteen, whose boyfriend took the feud to a new level. Police say Jeremy Axtell threatened employees at the assisted living facility with a knife.

Police say Springsteen initially lied to them about knowing Axtell, [Pols emphasis] who suggested he was just trying to help her. Officers say when they arrived, Axtell, who has a long criminal record, began screaming “shoot me” and ”f— you.” They say he pointed at Springsteen saying, “She’s your boss.”

Springsteen, elected last year after rising to prominence backing Lakewood’s highly controversial anti-growth measure, is a practicing attorney in her day job. On the one hand that’s probably a good thing, since it looks like her boyfriend charged with felony menacing is going to need one! But if serving on the City Council doesn’t oblige Springsteen to meet a higher bar of accountability where it concerns things like lying to the cops, the office in charge of regulating licensed attorneys might have something to say about this little incident. We haven’t seen whether Councillor Springsteen has been criminally charged as of this writing, but lying to the cops as we understand it is always a crime.

As for having better significant others, that’s beyond our scope in this space. But once your boyfriend (or girlfriend, this criticism is not gender specific) is on the evening news threatening disabled people and healthcare workers with knives, in the street, it’s going to reflect negatively on your own judgment as a public official.

At least we hope so.