Polis and Primavera, Then and Now

Rep. Matt Gray Tweeted out a found photo last night that’s quickly making its way around the weekend ahead of incoming Gov. Jared Polis’ inauguration–the Governor-elect and our new Lt. Gov. Dianne Primavera, but at least a decade ago when both held very much non-executive offices:

As we approach inauguration, my friend Michelle found this photo from a decade or so ago, which is now pretty well priceless. pic.twitter.com/Tjul9JcNUz

From this year’s campaign, for comparison: 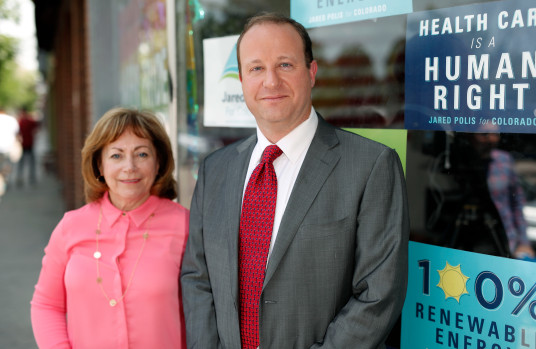 We’d love to know more about precisely when and where the historic photo at top was taken, but it’s a reminder of how long both have been friends and public servants. We should all call ourselves fortunate to have held together as well through a whole intervening decade. Also, as you can see Gov.-elect Polis was rocking the polo shirt years before he made it the hot fashion choice in Congress!

You’re right, that last one is a stretch. But congrats to the new administration just the same.