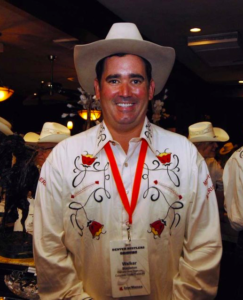 Perhaps, in the end, Walker Stapleton just has nothing much to say about anything.

Stapleton finally dropped what his campaign calls its “health care policy” this week. It’s about as underwhelming as a backup quarterback for the Denver Broncos. This won’t come as much of a surprise if you’ve seen any of Stapleton’s other “policies,” but details are hard to come by with Team Stumbleton. As Dave Perry of the Aurora Sentinel explains:

A lot of Stapleton’s plan [Pols note: Unintentionally hilarious link included] reads like a high-school health-care book report. It’s predictable, and it doesn’t end well. Cut Medicaid spending. Allow for health insurance companies to cover even less than what they already do. Tell people to stay out of emergency rooms…

…What Stapleton wrote, however, or had someone write, is this:

“A key component of (the Stapleton plan) is the integration of mental, behavioral, and physical health as part of primary care.” [Pols emphasis]

Someone on team Stapleton needs to help him understand that Colorado voters won’t let him just make stuff up. His health plan is nothing more than an unsatisfying word salad.

“Importantly, we must break down the silos to deliver higher quality, more integrated care, and make sure our providers are being incentivized and compensated for these services.” 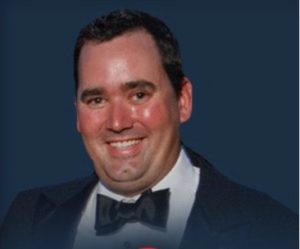 Sorry, Dave, we can’t help you here. This is pretty standard nothingness from Stapleton. But Perry is also the editor of the Sentinel, so he’s already familiar with Staple-speak. Here’s what the Aurora Sentinel reported on Tuesday about the management of Stapleton’s not-so-blind trust:

Although Stapleton was no longer the CEO of Sonoma West Holdings, his consulting agreement stipulated he’d receive $250 per hour, with an annual maximum payment of $150,000, for his consulting services that included assisting the CEO, managing properties and participating in conference calls…

…Stapleton’s campaign did not respond to queries. [Pols emphasis]

Not commenting is the most consistent response in Stapleton’s repertoire. After all, we’re talking about a candidate who quite literally runs away from reporters when he is spotted in the wild.

Stapleton’s campaign nonetheless seems to understand that it is obligated to have some ideas on some things. His health care “policy” got us curious about what Stapleton thinks about other important issues, which is how we ended up on the “Issues” page of his campaign website. We’ll save you some time by quickly summarizing the other eight non-health care issues, which are titled here as they appear on Stapleton’s website:

Short Version: We should have them.
Long Version: “As Governor, I will apply a strict cost-benefit analysis to any bill that crosses my desk, and will work actively with the legislature to promote common sense solutions that will create jobs and improve the lives of families across our state.”

Short Version: Yes.
Long Version: “We must continue to drive for innovation in education that increases student achievement, while ensuring we have transparency and accountability for all teachers and schools.”

*Not included here is a talking point you may have seen in Stapleton’s television ads and campaign literature: Stapleton wants to pay teachers more money without raising taxes. You know, because we have all of this extra money sitting in the basement of the State Capitol that isn’t being used for anything else.

Short Version: Booooo!!!
Long Version: “I will explore any avenue to prevent jurisdictions from pursuing these types of dangerous policies and will work to restore a cooperative relationship between local, state and federal law enforcement that ensures Colorado remains a safe and prosperous community.”

Short Version: Make it better?
Long Version: “As Governor, I will continue to fight for fiscal restraint and rational conservative reforms that will ensure individual liberty and economic freedom for all Coloradans.”

Short Version: Yes?
Long Version: “Together, we can safely develop our natural resources.”

Short Version: Yay, guns!
Long Version: This is the only issue on Stapleton’s website that actually contains specific ideas, such as repealing the 2013 gun control laws passed by the Colorado legislature and allowing teachers to carry guns in schools.

Short Version:Yes.
Long Version: “I will use an all-of-the-above approach to water…I will follow in the footsteps of my predecessor and make sure that water has a place at the table.” At last, a candidate for Governor who will put water at/on tables.

So…what will Walker Stapleton do if he is elected Governor of Colorado?