As CNN reports, Senate Judiciary Chairman Chuck Grassley has officially cancelled a planned hearing on Thursday that was expected to result in a vote on the nomination of Brett Kavanaugh to the Supreme Court.

So what happens now? Amber Phillips of the Washington Post outlined three possible outcomes this morning, but the first one — the Senate proceeds as normal — appears to be off the table at this point.

Senate Republicans are in a tough spot trying to figure out how to proceed with Kavanaugh’s nomination process given the horrible optics that await if California Professor Christine Blasey Ford testifies about sexual assault allegations in front of a Senate Judiciary Committee that looks like this: 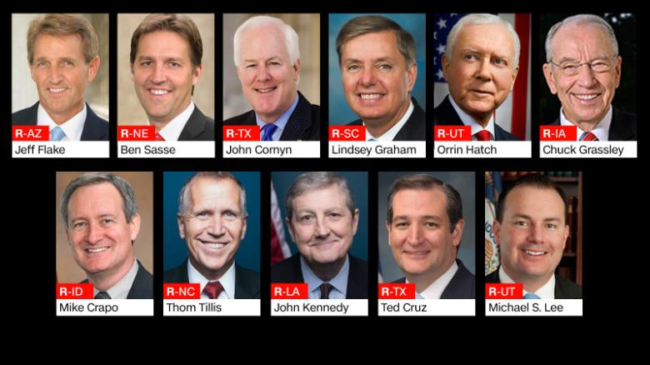 One woman being judged on sexual assault allegations by 11 Republican men is not what you would call a good visual just weeks before the midterm election.