Weird And Creepy In SD-15 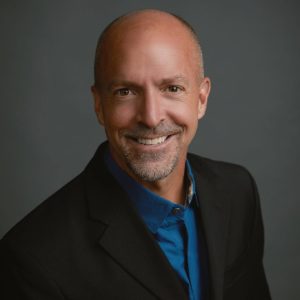 Saja Hindi and Nick Coltrain of the Fort Collins Coloradoan report on what we sincerely hope was a random incident in which a Democratic Colorado Senate candidate’s car was apparently shot at last week–with the candidate inside:

It’s not clear if Rebecca Cranston, a Democrat running for a district that largely covers Larimer County outside Fort Collins, was targeted or if the shooting was related to other reported shootings in northwest Fort Collins.

Cranston had just pulled into her driveway Wednesday night and was on her phone when she heard something hit her truck. She first thought it might have been a rock.

“It didn’t occur to me that it would be a gunshot at first, until we saw the bullet hole,” Cranston said Monday morning.

Now, Rebecca Cranston is running to succeed Sen. Kevin Lundberg, one of the most conservative members of the Colorado Senate. In 2014, Lundberg cruised to re-election by almost 20 points, so this is not a race that Democrats are depending on to retake the chamber from Republicans in November. With that said, Cranston is doing everything she can to make the race competitive, one of two dozen Emerge Colorado-trained candidates on the ballot this year.

With regard to this shooting incident last week, as of this writing there are no suspects, and Cranston herself makes it clear that it could be a completely random act. There are been a number of unexplained random shootings in Northern Colorado in recent years, and it’s entirely possible that’s the explanation–enough that we weren’t initially sure this story rose to the level of coverage.

But then something rubbed us the wrong way:

Cranston wondered if she was targeted in Wednesday’s shooting because of her campaign, though she did not accuse her opponent of having anything to do with it.

However, she accused supporters of Republican Rob Woodward’s campaign of harassment tactics such as staking out her house and at one point almost driving her off the road while fleeing earlier in the summer. She said her mail — including campaign donation checks — was also stolen around that time…

And Republican Rob Woodward, who was accused of voter intimidation in 2012 after he basically said if Barack Obama was re-elected he would fire a majority of his employees, doesn’t completely deny her allegations:

[Woodward Campaign manager JD] Key said the Woodward campaign took a photo of Cranston’s home early on in the election only to settle a question about district residency. [Pols emphasis]

Full stop, folks. You do not need to physically travel to anyone’s home and photograph it in order to “settle a question about district residency.” You can find out if someone owns a home, and what district(s) that home resides in, from the comfort of any desk with a computer and an internet connection. However, if you’re looking to harass someone about their residency by tracking their comings and goings from home, that would be more of a stake out-type operation.

We don’t know if this “one-time photo session” of Cranston’s home occurred at the same time as she says somebody staking out her house almost forced her off the road while fleeing, but if this all happened, either at once or as multiple incidents–and we have no reason to doubt Cranston’s word–it would create a backdrop of creepy that a bullet hole in Cranston’s car cannot help but make worse.

Obviously, we hope it’s a coincidence. But we’ll be watching closely for any more “coincidences.”