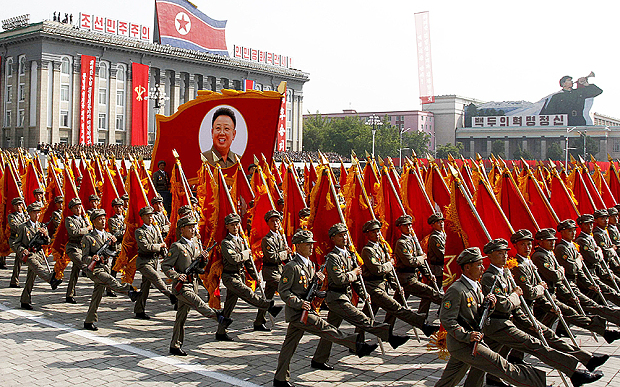 Politico reporting, if you were looking forward to watching President Donald Trump’s much-balleyhooed military parade later this year, you’re going to have to keep waiting:

President Donald Trump announced Friday that he has canceled plans for a military parade in Washington, and ignited a feud with the D.C. mayor after accusing “local politicians” of price gouging.

“The local politicians who run Washington, D.C. (poorly) know a windfall when they see it,” Trump wrote on Twitter. “When asked to give us a price for holding a great celebratory military parade, they wanted a number so ridiculously high that I cancelled it. Never let someone hold you up!”

CNBC reported Thursday that the expected cost of Trump’s planned parade had ballooned to $92 million, significantly higher than previous estimates of $12 million and $30 million.

All three estimates were sums better spent elsewhere, but once we started approaching the cost of a new F-35 fighter plane just to gratify Donald Trump’s ego it was definitely time to rethink the whole thing. Not to mention the lack of any recently-won wars to celebrate, but that wasn’t going to be a problem for the President!

If Donald Trump really wants a Make America Great Again parade, he should pick up the tab.