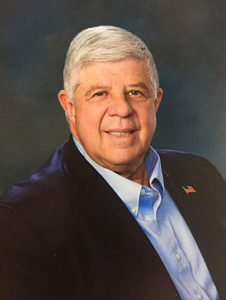 We haven’t talked much about local municipal races this year, in part because there hasn’t been a lot of terribly interesting news to discuss. Most city council races are fairly quiet affairs that don’t generate much enthusiasm — or many voters, for that matter.

But there’s a city council battle in Lakewood that is worth watching because of the unusual circumstances surrounding one of the candidates seeking to fill an open seat in Ward 3, (East Lakewood). Michael Bieda is a former State District Court Judge who lost his job in the 1994 election when voters elected NOT to retain him for another term.

If you’re not familiar with the process of retaining judges, let’s just put it this way: You’d have a better chance of finding someone to buy your solar eclipse glasses than you would of being ousted as a judge. Check out these statistics from the Colorado Office of Judicial Performance Evaluation:

Colorado voters elected to retain 1,312 of the 1,323 (99.2%) judicial officers standing for retention since 1990. [Pols emphasis] As shown in Table B, Colorado voters retained 99.7% of the judges receiving retain recommendations, 65% of those receiving do not retain recommendations, and retained all judicial officers where commissions offered no opinion.

Those are staggering numbers. Only 11 sitting judges have been kicked off the bench by voters in the last 27 years. Bieda is among those ignominious 11, and it didn’t take long for people to sour on him; Bieda was appointed to a District Judgeship in 1992 and was off the bench two years later. Bieda lost his job by 1,870 votes out of 126,216 votes cast in 1994.

Bieda served as a District Judge in the 18th Judicial District (Arapahoe County), where he took part in several notable cases, including the trial of Nathan Dunlap (the Chuck E. Cheese murderer). Bieda made enough waves behind the bench that he received a “Do Not Retain” recommendation from the Office of Judicial Performance prior to the 1994 election. Here’s what they said:

Bieda does address this issue on his campaign website, which you can read in full here. He says that he was targeted by attorneys who were upset that he didn’t let them charge more for their services, or something:

While sitting as judge, I created a pilot project to make the divorce forms with instructions easily available to those who did not want to hire a lawyer. This had never been done before. This project was so successful that the State Judicial Department adopted it and expanded it into the forms available today statewide through the state court system.

As you might expect, I was not popular with everyone, especially the domestic bar association. Because I helped people with the forms project, and because I insisted that the lawyers be prepared and efficient in their presentations, they were not able to charge their clients the outrageous fees they had been used to. Some of them organized a campaign against me when I came up for the election.

Because city council races are usually low-information, low-turnout affairs, it’s hard to gauge how much Bieda’s past will hurt his chances against opponent Michael Gifford. But getting kicked off the bench seems like a pretty tough negative for anyone to overcome.