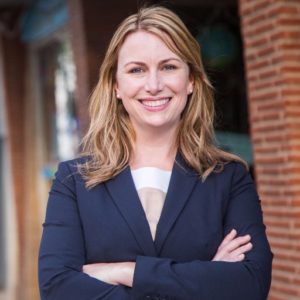 Serving Jeffco in the State House has been a tremendous honor – and I am proud to have passed laws that are protecting vulnerable seniors, advancing equal pay, looking out for veterans, protecting our environment, and helping Colorado families get a fair shake when the odds are often stacked against us…

With your help, I will go to the State Senate and continue fighting for a better future – by empowering hard-working Coloradans who want to send their kids to great public schools and build a secure future for their families.

Whether it’s legalizing rain barrels or making child care more affordable, I have passed common sense laws focused on helping make day-to-day life a little easier for regular people. Just this year I passed the Wage Theft Transparency Act, which will shine a light on employers caught cheating workers out of their pay.

In the State Senate, I will continue to uphold the Colorado values that make our state a better place to live. The chaos in Washington shows that it’s up to us – here in the states – to stand up to powerful special interests and protect what makes Colorado unique. As state senator, I will never stop fighting for Colorado, for Jeffco and for you.

Sen. Jahn’s last election in 2014 against Republican candidate Larry Queen was a real nail-biter, with Jahn emerging victorious by fewer than 500 votes. Democrats nonetheless consider Rep. Danielson an ideal successor to hold the seat, with an excellent legislative track record and solid campaign skill and experience–good enough that she was considered a possible candidate for Congress to succeed Rep. Ed Perlmutter. Danielson is a sufficiently strong contender that we would be surprised to see a serious primary opponent emerge, though with an open seat you can never rule one out.

Either way, Democrats are feeling good about holding this swing seat on their way to recapturing the Senate majority in 2018, and now you know why.