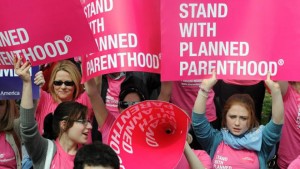 The Colorado Springs Gazette ran a number of stories over the holiday weekend commemorating the one-year anniversary of the mass shooting at the Colorado Springs Planned Parenthood clinic on Black Friday 2015 that changed much–and yet changed nothing at all–about the raging debate over abortion rights in America:

Many…involved in the Black Friday attacks – victims, witnesses, survivors – don’t wish to speak. The relatives of those slain – Jennifer Markovsky, Ke’Arre Stewart and University of Colorado at Colorado Springs police officer Garrett Swasey – turned down interview requests by The Gazette.

Two-dozen officers have since been awarded the department’s Medal of Honor, its highest commendation for bravery. They include Mike Zamonas, the Colorado Springs police officer who lost a finger in the shooting. Dozens more received the Medal of Valor and Distinguished Service Award.

At the Police Foundation of Colorado Springs’ annual Medal of Valor observance this month, the pain and weight of what happened were palpable. The officers hugged each other, and their eyes welled.

Karen Middleton heads NARAL Pro-Choice Colorado which is part of a coalition with Planned Parenthood. She feels the admitted killer is competent and his actions amounted to domestic terrorism.

“He planned it, made a vest, made propane, all sorts of things are premeditated and I think he should be standing trial,” she said.

The attack on the Colorado Springs Planned Parenthood clinic occurred after almost a full year of false claims that the organization was involved in the sale of “baby body parts”–a sensationalized reference to longstanding fetal tissue donation programs for medical research the organization had participated in with patients who voluntarily consented. Those false claims were repeated by too many Republican politicians at the state and national levels to mention them all, but after Dear admitted he attacked the clinic to stop the flow of “baby parts” these claims tapered off–at least for awhile.

In Colorado, at least two Republican state lawmakers lost their seats as a result of regrettable on-record comments about the Planned Parenthood attack: Rep. Kit Roupe who falsely claimed the shooting was a “robbery gone wild,” and Rep. JoAnn Windholz, who outright blamed Planned Parenthood for the violence committed against the organization.

But apart from those two directly attributable election defeats it’s hard to find negative consequences for Republican anti-choice politicians, despite a reasonable argument that they helped provoke Robert Dear’s terrorism. From the Colorado legislature to Congress, anti-choice politicians who rode the fact-free “baby body parts” moral panic to prominence in 2015 did not suffer at the polls in 2016. In fact, their power grew in Congress and in state houses across the nation. The witch-hunt investigations continue. And despite all the election-year assurances that abortion rights were “settled law,” a man who has vowed to overturn Roe v. Wade has been elected President.

And so a year later, we’re obliged to conclude with dismay that the Planned Parenthood terrorist has won.

Or at the very least, he has not lost.