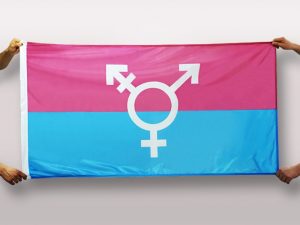 Among the big stories of Tuesday night’s primary, there is a story that I think is a bigger deal than it’s coverage would indicate.

As the New York Daily News reports, Colorado tied with Utah as the first states to nominate openly transgender candidates for Congress.

Two women have become the first transgender candidates to gain a major party nominations to Congress after Democratic primary wins.

Colorado’s Secretary of State website still showed one county left to be tallied in Plowright’s race, though she led Donald Martinez by more than 16 points and local media had called the race for her.

On her campaign website the 33-year-old former Microsoft employee describes herself as “an Army veteran, a self-educated woman, a member of the LGBTQ+ community, and a passionate social democrat.”

She will face Douglas Lamborn, a Republican incumbent running for his sixth term in the House who has had a series of easy wins for the positions in general elections and easily defeated a primary challenger on Tuesday.

Misty Plowright defeated Donald Martinez in CD-5, and will now go on to face Doug Lamborn in the general election. Neither of the two candidates featured in the article are likely to win their elections in November, but nonetheless, this is a milestone worthy of notice.