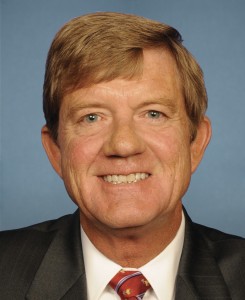 Though she’s only been in the race for about three months, Democrat Gail Schwartz outraised the Republican she hopes to replace in Washington, U.S. Rep. Scott Tipton.

Schwartz, a two-term member of the Colorado Senate whose district included Delta County, raised more than $350,000 since entering the race in early April, according to the latest campaign finance reports filed with the Federal Election Commission.

While Tipton has raised about $445,000 since January, he’s only pulled in about $185,000 since April, according to his pre-primary report.

Based on the performance of Colorado’s Third Congressional District in the last few elections, especially the defeat of 2014 Democratic challenger Abel Tapia by a lopsided margin, Republican strategists might not be so worried about Tipton right now. Especially with a national map looking more and more perilous by the minute as Donald Trump’s train-wreck presidential campaign devours the GOP brand.

The problem with that is at a certain level, Tipton’s seat becomes one of the last lines of defense of the GOP House majority. By the numbers, if Tipton is really in danger, so many other Republicans up the food chain are threatened as well that there might not be enough resources available to protect him. Unless, of course, he has the personal ability to bring in the money he needs.

The combination of headwinds all Republicans face running downticket from Trump, and the strength of Tipton’s 2016 opponent Gail Schwartz, could be creating the biggest pickup opportunity for Democrats since Marilyn Musgrave’s toppling in 2008 by Betsy Markey. There are too many external variables right now to predict the final outcome in CD-3–but for Democrats, it’s an exciting prospect.