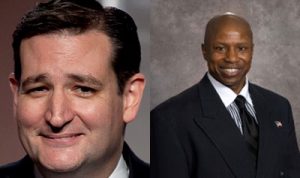 UPDATE: ProgressNow Colorado weighs in on the Cruz endorsement:

…Cruz praises Glenn as “a constitutional conservative with the experience to understand what it takes to bring back economic growth and preserve our individual liberties.”

Endorsements from prominent national political figures aren’t always as meaningful as they might appear, especially when they come with less than two weeks to go until Election Day, but Ted Cruz backing Glenn in Colorado’s five-way Senate Primary will almost certainly move the needle for the El Paso County Commissioner. Cruz’s endorsement of Glenn is a national story, since Glenn marks the Texas Senator’s first real foray back into partisan politics since he dropped out of the race for President last month. Glenn is the first candidate to receive an endorsement from Cruz since the latter was still battling Donald Trump.

“Darryl earned the support of 70 percent of the delegates present at the Colorado GOP convention and is a committed public servant and small business owner who bravely served our nation as a U.S. Air Force officer,” Cruz said in a Friday morning statement. “He is a constitutional conservative with the experience to understand what it takes to bring back economic growth and preserve our individual liberties.”

As of Thursday morning, the Colorado Secretary of State’s office was reporting that only about 7.5% of Republican voters had returned their mail ballots; the vast majority of Republican Primary voters are still pondering their choices, which gives Cruz a big opportunity to flex his political muscles in Colorado. Cruz dominated the Colorado Republican Convention in April, sweeping the available delegates on the same day that Glenn picked up a surprise 70% of GOP votes to earn top-line status on the Primary ballot.

Cruz is reportedly planning to campaign with Glenn on Monday; this would give Glenn a huge earned media boost late in the race — something Glenn certainly needs given his general inability to raise serious money for his own paid media efforts. Such a late endorsement from a politician of Cruz’s stature also indicates a belief that Glenn has a strong chance of winning the Republican Senate nomination; Cruz is nothing if not politically-practical, and it’s hard to believe that he’d stick his neck out like this without feeling confident in Glenn’s chances.

Chris Meagher, a spokesperson for the Colorado Democratic Party, was quick to jump on the endorsement news:

“Colorado doesn’t need a far right, never-compromise conservative in the Senate, and it’s clear from Ted Cruz’s endorsement of Darryl Glenn – that’s exactly who Glenn would be.”

And that’s exactly what Glenn is hoping Republican voters will conclude as they fill out their ballots.