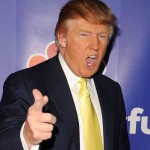 Our friend Eli Stokols at Politico reports on the hotly controversial Tweet you can read above posted by the Colorado Republican Party’s Twitter account, then quickly deleted last night after Republican presidential candidate Ted Cruz completed his sweep of the state’s national GOP convention delegates:

Steve House, the Colorado GOP chairman, insisted his staff had nothing to do with the tweet and is now investigating.

“There’s no way we tweeted that,” House said, although he acknowledged that the state party was responsible for deleting it…

Several local GOP operatives were quick to suggest that the tweet, which was quickly deleted, was the work of the two young Republican operatives at D/CO, a newly formed Republican consulting firm that caters on outreach to Millennials. Caleb Bonham and Kyle Forti, who formed D/CO in December, just took over a number of clients from another local firm, Avinova, which used to assist the Colorado GOP with social media.

But Forti denied that he or Bonham were responsible and said they don’t have access to the state GOP’s Twitter feed. 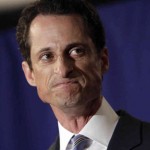 We certainly can’t claim to know who posted this Tweet, although we do believe the Party has the propriety and/or legal authority (as needed) to find out from Twitter where it originated. Making the charitable assumption that this Tweet was not a moment of anti-Trump exuberance from someone fully permitted access the account, the question becomes one of password security–who among past staff or consultants who may have had access that wasn’t taken away after they parted ways.

Whatever the investigation (if any) into this Tweet produces, there’s no question it’s a public relations nightmare for the state party and the “Never Trump” counter-revolution generally. You couldn’t ask for better “proof” of the grand conspiracy theory Trump’s still-substantial following is consoling themselves with as his campaign has lost momentum in recent weeks. After a series of procedural errors and rumored bad hiring decisions by Trump’s Colorado delegate-hunting team, Cruz won the state by all accounts fair and square.

But have fun telling The Donald and his lawyers that now! Odds are this is not going to end well, folks.