What to Expect When You’re Expecting Fundraising Numbers 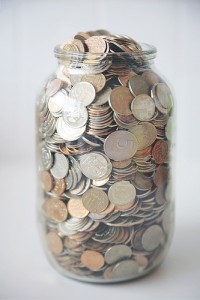 We’re going to need a bigger jar…preferably one that isn’t filled with Euros.

When we discuss the Senate race here at Colorado Pols, we often write that “there are more than a dozen” Republican candidates in 2016. This is, admittedly, a vaguely bizarre statement. But it is difficult to provide a more specific answer to a query that is not as precise as it may seem.

How many people are seeking the GOP nomination for U.S. Senate this year? That answer depends on your definition of a U.S. Senate candidate. Any moron can file paperwork with the Federal Elections Commission to become a “candidate” for one of the top elected jobs in the land. It is a little more difficult to convince a media outlet to run a story about your candidacy, but getting your name mentioned in the newspaper does not make you a serious candidate in and of itself.

The question we are all trying to answer is much more specific: How many serious candidates are seeking the Republican U.S. Senate nomination in 2016?

We may finally have a solid answer to this question in the next week or two, because the first full fundraising quarter of 2016 comes to a close on March 31. Serious candidates have serious money to play with. If you can raise money, you can cover up a lot of warts in a campaign. If you can’t raise money…well, then you’re just pretending to run for office.

There are other important deadlines up ahead – including the April 4 date for submitting petition signatures for ballot access – but the first full fundraising quarter for much of the GOP field will tell us plenty about which Republicans have a real chance at winning the nomination in 2016.

For comparison’s sake, let’s first take a look at some prior fundraising figures for Colorado Senate candidates. At the Q2 fundraising period from 2014 – the first full quarter with Cory Gardner as the GOP’s top candidate to challenge incumbent Democratic Sen. Mark Udall — Gardner reported raising $2.7 million compared to $3.1 million for Udall. In 2015, incumbent Democratic Sen. Michael Bennet averaged nearly $2 million in contributions each quarter, ending the year with $6.7 million cash on hand.

These figures are on the higher end of what to expect from most Republicans when Q1 fundraising numbers are released, but a $2 to $3 million quarter is not unreasonable when you consider that Colorado is a top target for Republicans in 2016 (Bennet is the only Democratic Senator running for re-election in a “winnable” state this year). If Republicans are going to make a serious run at Bennet in 2016, millions of dollars are going to be raised by somebody (or somebodies). And while Q1 is the first full fundraising period for many GOP candidates, it is also the last full fundraising period before the June 28 Primary; nobody will get a second chance to impress on the money side of things.

There are four GOP candidates seeking to make the ballot via petition in 2016: Jon Keyser, Jack Graham, Robert Blaha, and Ryan Frazier (Jefferson County Commissioner Don Rosier was also going the petition route, but it appears as though he has largely abandoned his campaign). Large-scale signature gathering is conducted mainly via paid petitioners, which will cost each candidate a couple of hundred thousand dollars alone, so these four have an extra rung on the ladder that they must reach. In 2014, Republican Bob Beauprez was a late entry in the race for Governor and had to rush to come up with $439k in two months (report ending on 4/30/14) – most of which went right back out the door to pay for signature gathering (Beauprez loaned his campaign another $100k from his own pocket in May 2014). 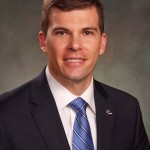 There’s no sugarcoating it: Keyser must be the top fundraiser among Republican Senate candidates if he hopes to build the momentum needed to win a crowded Primary. This is his only metric for predicting his potential as a 2016 Senate candidate.

The former half-term state legislator is the favored candidate of the National Republican Senatorial Committee (NRSC) and is backed by well-known Colorado Republicans such as Tom Tancredo and former Gov. Bill Owens, but his potential as a statewide candidate is still difficult to measure. Keyser does not have much in the way of name ID, and his performances at early Republican candidate forums have been uninspiring at best.

With no other metrics by which to measure Keyser’s potential, there are big expectations for his fundraising performance in Q1, and his own supporters have set the bar pretty high. When Keyser was still considering entering the race last December, the Colorado Statesman reported that he had already “received $3 million in commitments of soft money to back his campaign.” Any “soft money” contributions aren’t going to show up on Keyser’s campaign report, of course, but he is still under a lot of pressure to raise big bucks. Keyser will be in good shape if he can report about $2 million in the bank; on the other hand, anything less than $1 million would be devastating. 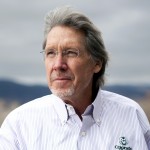 On Monday Graham became the first GOP candidate to submit signed petitions for ballot access, which is all the more impressive when you consider that Graham didn’t even announce his candidacy until late January. Graham also seeded his campaign with $1 million from his own pocket, which makes that process considerably less difficult. Graham is a former Athletic Director at Colorado State University and has Dick Wadhams — a recognizable name if nothing else – behind his campaign, so he should have a mighty rolodex to consult when raising money.

Because Graham is not well-known in Colorado political circles, he needs to demonstrate a strong fundraising ability in order to start earning the type of support he’ll need to get through a Republican Primary. Graham needs at least $1 million more in the bank, whether it comes from donors or from his own wallet.

HIGH/LOW
Really, Really Needs: About another $1 million from Q1, through some combination of donations and his own checkbook.
D’Oh!: If Graham doesn’t show significant support from contributors, the “self-funder” label may be tough for him to shake.

In 2012, Blaha unsuccessfully challenged incumbent Republican Rep. Doug Lamborn in CD-5 (Colorado Springs), but not before spending nearly $800k of his own money. He has promised to self-fund much of his Senate campaign, and Blaha has already shelled out double figures for a TV advertisement during the Super Bowl in addition to hiring several well-paid staffers. Most of Blaha’s campaign cash will likely come from his own pockets, although he hinted in late 2015 that a third party PAC or other organization may take care of most of his big expenditures (particularly TV advertising), so his total warchest may be much heftier than what he ultimately reports in Q1.

Since Blaha is expected to primarily be a self-funder in 2016, it doesn’t make much difference where his money comes from in his first quarterly report – especially since he can always write his campaign another check. But with only about 2 months to go until Primary ballots are printed, Blaha needs to make a strong statement when the Q1 figures are reported; Blaha needs to report at least $1 million in the bank after Q1.

HIGH/LOW
Really, Really Needs: At least another $1 million in the bank. The word “million” is the key here, because media outlets would then report that there are two millionaire self-funders in the race.
D’Oh!: Hard to say, given the possibility that Blaha’s campaign is largely supported by SuperPACs or issue committees. We know Blaha won’t be hurting for cash, but anything short of $500k in contributions will cast doubts on his level of support. 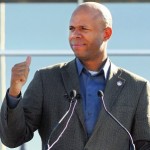 Frazier raised about $200k between Thanksgiving and mid-January and reported $182,698 cash on hand at the end of 2015. That’s not a bad number considering most of that money was raised during the Holiday season, when it is notoriously difficult to convince donors to write checks to a campaign at the same time they are spending money on gifts for friends and family. Frazier has likely burned through this money long ago – $200k is about the absolute minimum he would need to spend on petition-gathering – so he had better produce a Q1 report showing that he has the resources to be competitive for a final push before June.

HIGH/LOW
Really, Really Needs: Frazier has to show that he has at least $500k in the bank after discounting whatever he had to pay for signature gathering.
D’Oh!: If we assume that he will get enough signatures to make the ballot (this is irrelevant if he doesn’t), a fundraising quarter consisting of a few hundred thousand dollars may stick a fork in his campaign. 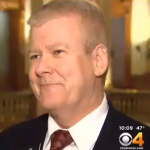 Tim Neville, Peg Littleton, Darryl Glenn, and Jerry Natividad are seeking to earn a spot on the ballot through the caucus system (Frazier has hinted recently that he might pursue both avenues for ballot access). Candidates who make the ballot through the GOP State Assembly save themselves several hundred thousand dollars that would otherwise need to be paid to signature gatherers, so they don’t have the same financial requirements as “The Petitioners.” Neville, for example, isn’t likely to be the top fundraiser among the candidates, but he doesn’t need to impress with cash because his campaign is centered around grassroots support carrying him through the Primary; Neville also doesn’t need as much cash on hand because he doesn’t have to pay for petition signatures.

Because candidates must receive at least 30% of the delegate vote at the state convention in order to make the ballot, at least one of the above-mentioned caucus-goers is screwed, statistically-speaking. Natividad, for example, could turn in a strong Q1 fundraising report but fail to make the ballot on April 9, so this whole discussion would be rendered moot in his case; if Neville breaks 50% at the assembly, there would only be room for one more candidate to make the ballot. Because fundraising numbers won’t matter to candidates who don’t make the ballot anyway, we won’t bother trying to assess the fundraising expectations of Littleton, Glenn, and Natividad…not for now, at least.

There is some pressure on Tim Neville, even though he is a virtual lock to make the ballot via the state assembly, because his last fundraising quarter was pretty weak ($118,371 in Q4 2015). Assuming that Neville has kept his spending in check, a warchest of around $750k would be more than enough to cement his frontrunner status. Keep in mind that Neville should also expect a fundraising windfall after the April 9th Republican Assembly; the top vote-getter usually gets a nice financial boost from the convention as well.

The Q1 fundraising period will be the last hurrah for the bottom-tier candidates still “running” for U.S. Senate…most of whom are unlikely to make it onto the Primary ballot. Just for kicks, we’ll be watching to see who can raise the most money between Jerry Eller and Charlie Ehler.