Boulder GOP Debate Debacle: They Brought This On Themselves 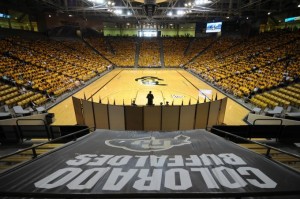 The Boulder Daily Camera’s Sarah Kuta reports on big protests being planned for October 28th at the University of Colorado’s Boulder campus–the day Republican presidential candidates are set to debate in a nearly-empty Coors Events Center despite thousands of students who could–and would like to–fill the arena’s 11,000 seats.

Before this is over, Republican debate organizers may sorely wish they had let them in:

October 28 is shaping up to be a busy day on the University of Colorado’s Boulder campus.

Latino leaders on Wednesday announced that they plan to host a large-scale event with some 8,000 to 10,000 people on Oct. 28, the same day Republican presidential hopefuls will spare on live television at the Coors Events Center.

Though CU isn’t expecting a large audience for the televised debate, [Pols emphasis] campus officials anticipate some 500 national and international journalists — some with live trucks and large equipment — will set up near the events center in the days leading up to the debate…

The event featuring Latino leaders is planned for 5 to 7 p.m. at Farrand Field. Organizers told CU Student Government leaders last week that they hope to draw 8,000 to 10,000 people to the gathering, which will kickoff a voter registration campaign to “mobilize Colorado’s Latino, immigrant and allied voters,” according to a news release. 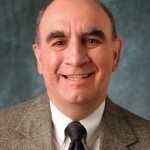 Earlier this week, CU Chancellor Phil DiStefano further outraged aggrieved students by telling the press that the lack of tickets for students is what he is “most disappointed about” in the debate preparations–but confirming that the university doesn’t intend to do anything to make it right. Buck-passing at its finest:

“What I’m most disappointed about is the limited number of tickets that we have for our students,” DiStefano said as part of a panel discussion with other CU leaders. “But we keep emphasizing that the purpose is a televised event, not a rally of any sort … [Pols emphasis]

“On the down side, we’re not being able to meet the needs of our students as far as tickets. On the upside, I think there’s been much more discussion going on and debate and that’s what we’re about at the university.” 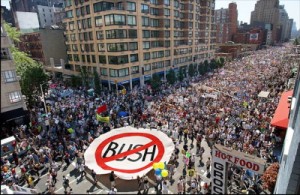 Liberal group ProgressNow Colorado, which has dogged the lead-up to this debate with consistent demands for 50% of the tickets to go to students, warned in a press release Tuesday about consequences everyone should now be able to see taking shape:

“The decision by University of Colorado administration to effectively exclude the CU student body from this debate is a public-relations disaster for the Republican Party and for CU’s reputation,” said [ProgressNow director Amy] Runyon-Harms. “National press coverage of the controversy has already ensured that this silencing of CU’s student body will negatively affect perceptions about the Republican presidential candidates. Excluding students from this debate greatly increases the likelihood of protests outside the Coors Events Center that will further detract from the Republican Party’s and CU’s image. [Pols emphasis] All of this could have been avoided by simply letting students who wanted to be part of this important debate attend instead of locking them out.”

“By silencing their own students, CU has only helped underscore how out-of-touch these Republican candidates for President really are,” said Runyon-Harms. “We hope Bruce Benson is proud of the embarrassment he is about to bring down on Colorado’s flagship university.”

Although the organizing is still ongoing, what we’ve heard is that the pro-immigration reform rally is just one of numerous protest events expected to gather outside the Boulder GOP presidential debate on October 28th. There’s no real way to forecast right now how big the crowds will be, but if the number stated for the immigration rally proves anywhere close, it’s going to be a lot of people. We expect to see a smorgasbord of issues represented, from reproductive choice to the environment to campaign finance reform. If you think about it, this is a chance for everyone in our state–hell, in our time zone–who has been chomping at the bit to yell something back at Donald Trump and Jeb! Bush to do just that.

And yes, folks, if CU’s Republican-dominated administration under Bruce Benson–who will take the blame along with the Republican Party generally–hadn’t chumped the CU student body out of their chance to see this debate on their own campus, it is a very reasonable supposition that the protests would be much smaller.

But the die is cast now, folks. The scene outside this debate is lining up to become the story.