From the Colorado for Obama blog:

There are around 557,000 people who receive Social Security benefits in the state of Colorado. That is 12% of the population. Ninety-one percent of those recipients are seniors. 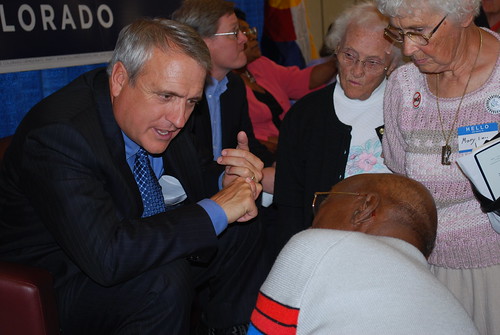 Last Wednesday, two of those recipients joined Governor Ritter and Paul Teske, a professor of public affairs, for a panel discussion about Social Security. They shared with a room of around 100 Coloradans why Social Security plays a crucial role in their lives.

Vivian became dependent on Social Security after she suffered an accident at work. She talked about why it was important to her that Social Security remain a government program and not be privatized. 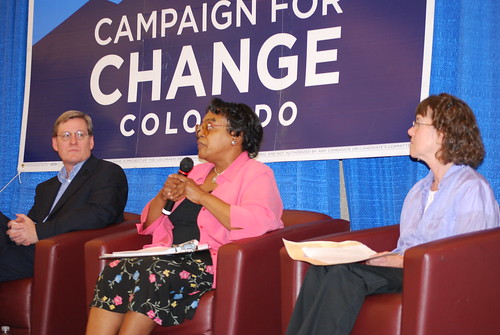 Years ago, I put money in a company that some of you may remember, Silverado. I first lost money then. And then in 1998 thinking things would get better, I did it again. A lot of us who worked for government agencies at the time, we lost thousands of dollars. So I did not have that money. Privatizing social security, believe me, is not the answer, I found out the hard way.

No way can we privatize it. No matter what terminology you want to use, privatizing or personal accounts — it is the same thing. It is just unstable, you cannot depend on it. My social security is my primary income right now… if it wasn’t for social security I would not have the quality of life I have now, I would not be able to survive on a day-to-day basis. 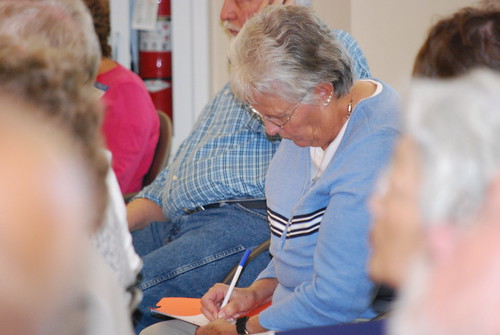 And that is one of the many reasons why I support Barack Obama. Because he does understand exactly what we as everyday workers, everyday individuals, have to go through. I hope no one ever has to go through what I went through but unfortunately I have met too many people in Colorado and across the states that their only income is social security — that is all they have, they do not qualify for other programs. If they did not have social security they would not be able to survive. Barack Obama is the one who understands that need.

Harriet talked about how four generations of her family rely on Social Security.

Here’s a video of her sharing her story:

As president, Barack Obama will help people like Vivian and Harriet by completely eliminating income taxes for 65,000 seniors and eliminate the need for 316,000 seniors to file a tax return here in Colorado. Senator John McCain has proposed a tax cut that would leave the middle class behind, failing to cut taxes for 1.69 million households in Colorado including 480,000 seniors.