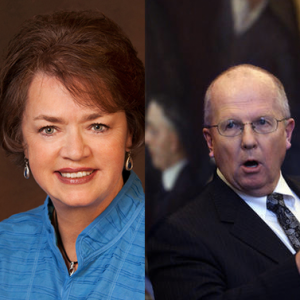 We haven’t seen anything like this yet from Colorado public officials, at least not in print–but over in Salt Lake City, as the Tribune’s Brian Maffly reports, Republican lawmakers are becoming quite…imaginative with their allegations against the federal government over the spill of polluted mine wastewater into southwest Colorado’s Animas River two weeks ago:

Two Utah lawmakers on Tuesday speculated that federal environmental officials might have deliberately triggered the Colorado mine release that sent 3 million gallons of toxic sludge into a San Juan River tributary, and asked Utah Attorney General Sean Reyes to investigate the possibility.

Reyes was briefing the Utah Water Development Commission when Sen. Margaret Dayton, R-Orem, suggested the Environmental Protection Agency could have breached the Gold King Mine in an effort to justify Superfund designation for the long-dormant gold mine.

Rep. Mike Noel, whose district covers Utah’s southeastern corner, affected by the spill, joined Dayton in theorizing — neither offered evidence — that the EPA may have caused the release to help environmentalists put a halt to mining.

Reyes said he would inquire into the matter when he visits with EPA officials at the mine Wednesday to assess the spill site, but a Salt Lake City environmentalist blasted Dayton and Noel’s claim as “ridiculous, unprofessional, paranoid nonsense.” [Pols emphasis] 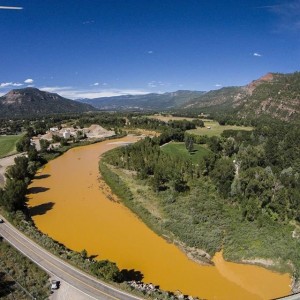 As locals following this story are aware, there has been no mining above Silverton along Cement Creek since the 1990s. The battle over Superfund designation for the area, which would unlock lots of federal funding for cleanup, is in part due to some local residents and large mining companies like Kinross Gold harboring dreams of hard rock mining resuming. But the major water pollution problems affecting these mines–long before this latest spill–make that unlikely. Another major reason local Silverton interests oppose a Superfund designation today is the possible stigmatic effect on tourism and land values.

The point is, water pollution from Silverton’s mines is a longstanding problem that everyone involved knew was getting worse. After the Sunnyside Mining Company (now owned by Kinross) halted mining operations, they installed crude bulkheads in their tunnels, which resulted in polluted wastewater backing up and eventually flowing into the Gold King Mine that’s the subject of news coverage today. Kinross denies any responsibility for the pollution flowing into or from the Gold King Mine, but all reporting we’ve read that actually delves into the area’s mine-addled hydrology says that’s nonsense.

Either way, the bottom line is the same: the Environmental Protection Agency didn’t create the pollution. Their job was to remediate it. Obviously, they screwed up when they punched through the entrance to the Gold King Mine and unleashed a torrent of polluted minewater. But the pollution was already there, waiting to flow forth at any moment.

It’s necessary to understand the above facts in order to realize just how preposterous it is that sitting Republican lawmakers are speculating the EPA might have intentionally caused this spill in order to “put a halt to mining.” This isn’t about present-day mining at all, it’s about cleaning up a legacy of toxic mining practices that threaten the health of thousands along the Animas River and its confluent waters. Including a fair number of Utahns.

So please, for the sake of everyone legitimately impacted by this disaster, cut the conspiracy theory crap.