You’re the Next Contestant on “Somebody Please Run for U.S. Senate” 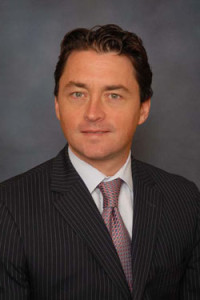 Dan Domenico, come on down!

Republicans continue their search for a decent candidate for U.S. Senate against incumbent Democrat Michael Bennet in 2016, and they appear to have narrowed their recruitment efforts — for the time being, at least — on the former Solicitor General under Attorney General John Suthers.

Domenico is not well-known outside of small political circles, but Republicans think he could be a decent candidate to challenge Bennet’s re-election efforts after the GOP’s top tier — and second and third tier — took a pass on 2016 (sorry, Greg Lopez and Darryl Glenn, but you’re still a few levels down on the list).

Domenico has been rumored as a potential candidate in the past, and with few other options on the board, he just might be the next-best name for Republicans. Domenico has a good resume, no voting record to exploit, and is pretty photogenic; perhaps more importantly, his wife is a professional fundraiser who could help ease the financial burdens facing Republicans as they try to hold onto control of the U.S. Senate in a tough election year (Domenico’s wife is currently helping to raise money for GOP Presidential hopeful Carly Fiorina).

The downside to Domenico as a candidate is his background with the Colorado Attorney General’s Office, where he took the lead on arguing Colorado’s case against allowing same-sex marriage in our state. This wouldn’t have been as much of a strategic concern as recently as last year, but 2016 is definitely not the year to be running for office as a noted opponent of same-sex marriage.

That’s not the only wrinkle to a potential Domenico campaign for Senate, however. If Attorney General Cynthia Coffman ends up leaving office early because of the Coffmangate scandal, which we continue to hear is not unlikely, Domenico is probably the GOP’s best candidate to put forward as her replacement. Would Domencio really roll the dice on a Senate campaign now that the AG’s office may suddenly open up for another Republican candidate? Domenico spent the last few years working under former Attorney General John Suthers, and we hear that the AG’s office would be his preference if he had the option.

On the other hand, if Domenico has ever considered running for federal office, this is probably the best opportunity he’s ever going to have; if Domenico doesn’t jump at the race in 2016, he’ll have to wait until at least the year 2022 because Republican Sen. Cory Gardner is up for re-election in 2020. The odds are slim that Domenico might still be in a position to be wooed by Republicans in another six years.