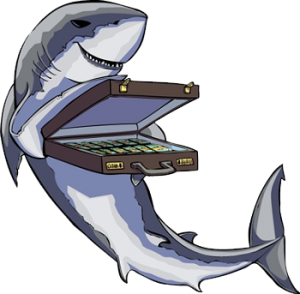 Here’s an excerpt from a letter sent by several consumer advocacy groups including the Bell Policy Center, the Colorado Center for Law and Policy, and the Colorado Progressive Coalition to Gov. John Hickenlooper, requesting a veto of House Bill 15-1390—last-minute legislation that shot through the General Assembly at the closing bell allowing lenders to dramatically jack up interest rates on specific types of personal loans:

We respectfully ask you to veto the Allowable Finance Charge for Certain Consumer Credit Transactions bill (HB15-1390). This bill, which was introduced in the final few days of session and did not get a full vetting in the Legislature, would raise the cost of credit for moderate- and low-income Coloradans on certain consumer credit transactions. Raising these caps would lead to more high-cost and unaffordable credit products, hurting Colorado consumers and middle-class families. We are not opposed to the loans, just to increasing the current rates so significantly.

The Colorado Attorney General’s Office, which regulates these loans, testified in the House about how HB15-1390 would affect these loans. While neutral on the bill, the office said that it would increase the costs of an average $6,000 loan by 38.1 percent. The Attorney General’s Office also said there is nothing to indicate that this credit product is not available to consumers or that consumers are having a hard time accessing this product.

In a legislative session that was supposed to be about the middle class, this bill moves Colorado in the wrong direction. We wish this bill had come up earlier in the session to allow more time for conversations with legislators and a greater opportunity for the views of average Coloradans to be heard. Your veto of HB15-1390 will help protect low- to moderate-income Coloradans from detrimental credit products. The Legislature can address this issue again next session in a manner that ensures all viewpoints are heard and more measured deliberations take place.

As we discussed last week, House Bill 15-1390 passed through the General Assembly at lightning speed with almost no debate. Consumer group opponents like the Bell Policy Center had no opportunity to mount an opposition to the bill. In subsequent days, we’ve heard that lobbyists for the lenders who would benefit from higher interest rates facilitated the late introduction of the bill, and paraded lenders through the legislature in the final days who essentially threatened to close up shop if they couldn’t increase interest rates–this despite the fact that tens of thousands of these loans worth hundreds of millions of dollars were made under the current rates last year. This threat, which sounds remarkably like the hollow arguments against payday lending reform a few years ago, evidently persuaded all but two members of the House to pass the bill. In the Senate, after opponents had the chance to get their feet under them, most Democrats voted against the bill--a telling difference.

From all accounts we’ve heard, Gov. John Hickenlooper’s office was not part of whatever dubious greasing of the wheels occurred here, and his signature is by no means assured. Over the coming days, we expect Hickenlooper to hear from both sides, but ultimately we think there is enough backlash forming against both the bill and the shady process by which it was introduced and passed to make a veto an easy decision.

And after that, we hope for a frank conversation within the Democratic House caucus–about how sticking it to subprime borrowers in the closing hours of the legislative session is not how you “protect working families.”