University of Colorado law professor Jennifer Hendricks testified that similar laws in other states have led to pregnant women being prosecuted for having miscarriages or taking drugs, in spite of similar protections.

“My concern that it will be interpreted much more broadly is not hypothetical. It is exactly how an Alabama Supreme Court interpreted a similar law,” Hendricks said.

Abortion rights supporters say a fetal homicide law could also have a chilling effect on access to abortion. The bill was modeled after legislation written by an anti-abortion group, [Pols emphasis] although the organization says it is not attempting to limit the procedure with this policy.

As we detail below, Americans United for Life most certainly is attempting to limit abortions as part of this legislative strategy–just a little over the horizon. Original post follows. 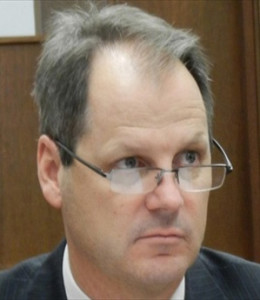 After a nearly five-hour hearing, the Republican-controlled Senate Judiciary Committee backed the bill on a 3-2 party-line vote, with support from Sen. Ellen Roberts of Durango.

“This bill, I don’t see it about abortion,” Roberts said. “I see it as criminal justice.”

Senate Bill 268 was introduced by Republican leaders in the waning days of the legislative session in reaction to a recent horrific event in Longmont in which a woman suffered as her 7-month-old fetus was cut from her womb by another woman. The fetus died.

The issue is mired in controversy, as pro-choice advocates say that the legislation would create so-called “personhood” in the state, which they fear would lead to arresting and charging women for murder simply for having an abortion…

“I support a woman’s right to choose, and for nine years in this building, my voting record shows that,” Roberts said. “It does not create personhood, and I’m very disappointed in those who have perpetuated that myth.”

Although the legislation contains vaguely-worded exemptions for “medical procedures” and acts “performed by the mother of her unborn child,” the fact remains that the bill grants legal rights to fetuses “at every stage of gestation from conception until live birth.” That provision, say opponents, is functionally identical to the Personhood ballot measures, and sets a dangerous precedent that could be used to undermine abortion rights in the future.

And there’s another problem that was pointed out in debate over this legislation yesterday by Democratic Sen. Andy Kerr: despite insistence from Cadman and other GOP supporters that this legislation is not meant to undermine abortion rights, Senate Bill 15-268 in fact uses verbatim model language supplied by Americans United for Life–one of the nation’s foremost anti-abortion advocacy groups. Here’s the model language from AUL in its entirety. And here’s the part that matters:

Compared to the relevant portion of Colorado Senate Bill 15-268:

For their part, Americans United for Life proudly noted in a press release yesterday that Senate Bill 15-268 is “based on AUL model legislation.” So it’s not like they’re being secretive about this. Despite that, we have yet to see any of the extensive press this issue is receiving note that Cadman’s bill is cribbed directly from “the nation’s premier pro-life legal team.” That’s how AUL describes themselves on their About Us page:

At the state, federal and international levels, AUL works to advance life issues through the law and does so through measures that can withstand judicial obstacles so that pro-life laws will be enforced. AUL knows that reversing Roe v. Wade can be accomplished through deliberate, legal strategies that accumulate victories, build momentum, and restore a culture of life. [Pols emphasis]

But AUL’s distinction extends beyond federal measures. AUL works at the state level to craft tailored strategies and legislative tools that will assist state and local officials as they defend and protect life…

[AUL] has been unparalleled in pointing the way to protecting women now, to limiting the abortion license created by the Supreme Court, and to preparing the ground to overturn Roe. [Pols emphasis]

This legislation is, by the explicit admission of its true authors, part of a much broader strategy to chip away at Roe v. Wade. What happens when the rights this legislation confers on unborn fetuses today are interpreted tomorrow to be “unjust” since they contain exemptions? Once you legitimize these legal rights from the moment of conception, you’ve set down exactly the path AUL wants you to be on as part of their long-term objective of overturning Roe v. Wade–and curtailing or eliminating abortion rights nationwide.

Bottom line: if you’re wondering why pro-choice advocates and their Democratic allies are suspicious of ulterior motives at work here, you can stop wondering. Beneath the veneer of a “response” to last month’s horrific crime, a longstanding agenda to attack abortion rights is what this whole debate is about.