Back in January we sifted through the various races for the May 5th Denver Municipal election. As we said at time time, some of the Denver races were still just beginning to shake out; with new fundraising number available, it’s time again to take a look at the very large field of candidates.

The fundraising numbers below were compiled through publicly-available reports that can be accessed via the website of the Denver Clerk and Recorder. While anyone can access campaign finance data and make their own spreadsheet — heck, we do it all the time for state races — we did not actually pull all of these reports on our own. Most of the work was done by Denver political consultant Matt Derrington (Derrington Consulting), who compiled this data on his own and kindly shared it with Denver Pols to re-purpose here. For more on the latest Denver fundraising numbers, check out Jon Murray at the Denver Post.

Okay, let’s get to it. We’ll take you through the numbers, race-by-race, after the jump…

(NOTE: Names in italics indicate incumbents. Names in bold are considered by Denver Pols to be the most competitive)

*Unless otherwise indicated, the numbers below represent cash-on-hand amounts at the end of February, which we consider to be a more helpful comparison than total amount raised. 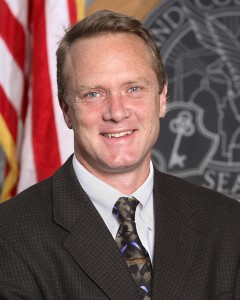 How did the other Mayoral candidates do on the money trail? We didn’t look at the details, because it doesn’t matter; Hancock will be re-elected Mayor.

AUDITOR
Candidates: Chris Nevitt, Timothy O’Brien
Outlook: Nevitt had been the only declared candidate for many months before O’Brien entered the race in January. While Nevitt was not expected to lose to O’Brien, there was some discussion among Denver politicos regarding how much of a fight O’Brien would put up. If fundraising numbers are any indication, Nevitt should walk into the Auditor’s office in May.

CLERK AND RECORDER
Candidates: Debra Johnson, Joan Poston
Outlook: Johnson has picked up a challenger since our last update of the Denver Municipal Races, but not a serious opponent. Poston has raised all of $1,000 for her campaign — total. Johnson has raised only about $8,600, but she hasn’t yet found a reason to get serious about fundraising. 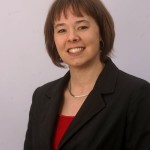 Robin Kniech is well ahead of the field when it comes to fundraising.

CITY COUNCIL AT-LARGE
Candidates: Robin Kniech, Deborah Ortega, Kayvan Khalatbari, Larry Del Blanton, Jose Silva
Outlook: This is a race that many observers thought would get pretty competitive, but fundraising numbers show Kniech and Ortega with significant leads over all other opponents (the top two vote-getters are elected City Councilors At-Large). Kniech has about $79k in the bank, and Ortega is just shy of $48k.

Khalatbari has $12k in the bank, but raised just $1,200 in February, which would seem to indicate that he couldn’t attract much support after jumping into the fray in January.

Larry Del Blanton has yet to spend a dime on his own campaign; he has raised $27 and has $27 cash-on-hand. No, we didn’t forget a decimal point. It could be worse, however; Silva is currently $673 in the red.

CITY COUNCIL DISTRICT 1 (NW Denver)
Candidates: Susan Shepherd, Rafael Espinoza
Outlook: Rafael Espinoza has one hell of a complicated logo, but if he doesn’t start raising some real money, he won’t be able to print it onto anything. Espinoza has $4,920 in the bank, compared to $27k for Shepherd.

Shepherd may be losing the early perception battle, with plenty of squeaky wheels talking about her ties to developers, but that won’t make any difference unless Espinoza can catch fire; raising just $1,275 in February says plenty about Espinoza’s popularity as a challenger.

CITY COUNCIL DISTRICT 2 (SW Denver)
Candidates: Fran Coleman, Jeanne Labuda, Kevin Flynn, Corrie Houck, John Kidd, Jr.
Outlook: It should come as no surprise that District 2 is a fundraising hotbed…though you may raise an eyebrow or three when you see the money leaders. Corrie Houck leads the field with $26,536 cash-on-hand, though it helps when you can loan $25k to your own campaign. The real fundraising leader is Kevin Flynn ($18,854 COH), followed by John Kidd ($9,009).

Interestingly, former legislators Fran Coleman and Jeanne Labuda are not bringing in much campaign cash. Coleman has $1,660 in the bank, which is still considerably more than Labuda’s warchest of $65 (yes, just $65). This is a topsy-turvey race that is going to be difficult to predict.

CITY COUNCIL DISTRICT 3 (West Denver)
Candidates: Paul Lopez
Outlook: The incumbent Lopez has $4,667 in the bank, which is about $4,667 more than he needs since he is running unopposed.

Bill McMullen is $4,286 in the red at the end of February. Jeff Garcia has yet to file his February fundraising report as of this writing.

CITY COUNCIL DISTRICT 5 (East Denver)
Candidates: Mary Beth Susman
Outlook: Susman has $28,793 in the bank. She is running unopposed, however, so she can throw one hell of a party.

CITY COUNCIL DISTRICT 6 (South-Central Denver)
Candidates: Liz Adams, Paul Kashmann
Outlook: The race in District 6 is a real 2-candidate slugfest. Adams has $51,617 in the bank, compared to $42,306 for Kashmann. Adams spent more than $16k in February, however, so her fundraising advantage is greater than it might otherwise appear at first glance. 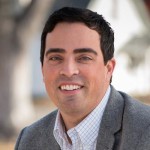 Aaron Greco has the early money lead in District 7.

Mickie Langston ($12,596) and Ian Harwick ($10,754) are in the second tier, with Luchia Brown ($4,913) and Mathews Alvarez ($3,106) rounding out the bottom in terms of cash-0n-hand. Jake Viano has raised a little more than $10k with help from former Secretary of State Scott Gessler, but his February report listed just $128 in the bank because of printing and advertising costs.

CITY COUNCIL DISTRICT 8 (Central Denver)
Candidates: Christopher Herndon
Outlook: Herndon has $52,581 in the bank, which would have come in handy if he had drawn an opponent in May.

CITY COUNCIL DISTRICT 9 (North-Central Denver)
Candidates: Albus Brooks, Michael Borcherding, Ean Tafoya
Outlook: Brooks is running for re-election in a different district than he was first elected to represent, but he shouldn’t have much trouble here. Brooks has more than $64k in the bank, significantly more than Bocherding ($5,823) and Tafoya ($2,948).

Chris Chiari ($49,524) has the most money in the bank as of the end of February, but he’s already contributed $50k of his own money to the campaign. The true fundraising leaders are Wayne New ($49,432 COH) and Anna Jones ($43,850 COH), both of whom also spent more than $10k each in February. New has raised more than $96k in total, which makes him the first candidate to raise more money than former candidate Roger Sherman.

CITY COUNCIL DISTRICT 11 (NE Denver)
Candidates: Sean Bradley, Tea Schook, Samaria Crews, Stacie Gilmore, Shelli Brown, Tim Camarillo
Outlook: Tim Camarillo has little chance of getting elected to this seat, but he still wins February with the most interesting campaign finance report. Camarillo reported raising $0 for his campaign, yet he is somehow $1,750 in the red.