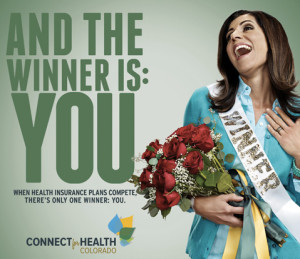 Not long after an expose by 9NEWS' Brandon Rittiman of a significant error at the Connect For Health Colorado insurance marketplace website, one that had resulted in several thousand insurance policyholders not having their coverage renewed for 2015, Rittiman is back with another maddening glitch impacting customers through no fault of their own–and has unfortunately been met with a less-than-praiseworthy response from exchange public relations staff.

The Affordable Care Act is turning out to be less affordable than it's supposed to be for many people in Colorado, thanks to a glitch uncovered by 9NEWS.

The problem affected an untold number of plan subsidies through the state health exchange, though multiple industry sources told 9NEWS it's more widespread than the renewal glitch we recently reported on which hit up to 3,600 plans on Connect for Health Colorado, the state exchange…

Colorado's Department of Public Health and Finance (HCPF) and Connect for Health confirmed the income-doubling glitch to 9NEWS.

The glitch itself is not in Connect for Health, but rather the state's new "Shared Eligibility System" or SES.

The problem appears to be a simple error in which an applicant's annual income for 2014 was being added to their 2015 income estimate. That has the obvious effect of overstating the applicant's income, which greatly reduces the subsidy granted to the applicant to help purchase insurance.

Before and since the rollot of the insurance exchange in late 2013, its supporters have had to contend with a vast amount of misinformation in many cases spread by mainstream media outlets–intended to drive down support for the law and plant the public perception that the Affordable Care Act is a failure. One of the worst examples was a series of articles by freelance reporter Art Kane for the Denver Post, which were riddled with totally unjustifiable falsehoods that the Post only occasionally saw fit to correct. As we discussed with Brandon Rittiman's last story on glitches in the Colorado insurance exchange, this long history of false and half-true attacks on "Obamacare" has left many Democrats highly defensive, and reflexively wary of any criticism.

In this case, we think Democrats need to lead the charge. Rittiman's due diligence to police the exchange for glitches is nothing like the disreputable hackery Art Kane produced for a willing Denver Post, and Democrats should not be put off by it. What Rittiman is finding appear to be very real problems, problems that are negatively impacting thousands of health insurance customers. There's no question that the insurance exchange is proving to be a good system overall, and has contributed to a marked drop in the rate of uninsured Coloradans since coming online in October of 2013. The glitches Rittiman has uncovered still only affect a small percentage of the policyholders who have obtained insurance through the exchange.

But it's got to be fixed. Democrats cannot allow a defensive mindset regarding "Obamacare," however justified by past events, to blind them to real problems being uncovered by impartial journalists. Everyone who supports the concept of reforming health care delivery has an interest in seeing the insurance exchange efficiently serve the public. Every problem that is not swiftly acknowledged and corrected gives opponents of reform room not just to complain, but to recycle their own arsenal of falsehoods.

If you want to gripe about shoddy reporting, you'd better acknowledge when they get it right–even if it's not the news you want.