UPDATE: Majority House Democrats react with anger to Joint Budget Committee Republicans' budgetary shenanigans: "That might be what they do in Congress, in Washington. That’s not how we do it in Colorado."

Republicans on the Joint Budget Committee are trying out a tactic that’s new to Colorado – if you don’t like a law, defy the will of the legislature and just deny funding for the law.

This morning, the three JBC Republicans voted for a second time this week to deny $166,000 for a program to grant driver’s licenses to undocumented Colorado residents.

The driver’s license program was authorized by a state law enacted in 2013. The JBC Republicans’ action had the effect of reducing the number of DMV offices offering this type of license to one, statewide. The Denver Post calculated that the change would increase the waiting time for these licenses to 16 years.

“Amazingly, with this one motion, Republicans on the JBC are hurting law-abiding gun owners and jeopardizing community safety at the same time,” said Speaker Dickey Lee Hullinghorst, D-Boulder. “By boosting the waiting times, you’re making law-abiding citizens wait longer for their concealed carry permits. It’s hard to understand what they were trying to achieve here, because it's really just a lose-lose for everyone.”

“The Joint Budget Committee’s job is to fund programs authorized by Colorado law,” said Rep. Millie Hamner, D-Dillon, the JBC vice chairwoman, who voted to preserve the driver’s license program and to assist law-abiding gun owners by cutting the waiting time for concealed carry licenses. “If we don’t like a law, we try to change it through the legislative process. I do not support using the budget process to change existing laws by not funding them appropriately. That might be what they do in Congress, in Washington. That’s not how we do it in Colorado.” 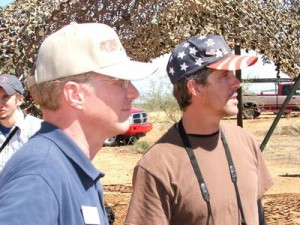 Republicans on Friday defunded a large portion of a state program intended to provide driver’s licenses to undocumented immigrants.

The three Republican members of the state’s budget committee rejected a spending authorization to fund the new program, causing a tie vote that killed the motion.

The move highlighted Republicans flexing their new muscle after taking control of the Senate this year, which created a split Legislature. The GOP opposed providing driver’s licenses to undocumented immigrants…

Ulibarri sponsored the measure in 2013 when Democrats controlled both chambers of the Legislature. The bill was framed as a public safety measure, with sponsors pointing out that drivers are more likely to flee the scene of an accident without a license or insurance.

It's important to understand the purpose of the immigrant driver license program, which was not to provide "sanctuary" to undocumented immigrants. Immigrants drive to get to work and elsewhere, but with no ability to obtain a valid license, they can't get auto insurance–and that makes them rolling liabilities to everyone else on Colorado roads. Given the fact that immigrants are here, the intent of this law is harm reduction.

According to proponents, defunding the immigrant driver license program (as opposed to repealing it with legislation) could result in the worst possible outcome: the program remains on the books, but becomes prohibitively difficult to operate. Practically speaking, it means that four out of the five DMV offices currently able to process these licenses will be forced to discontinue the service:

For Durango-area applicants, the news is crushing. Undocumented immigrants already were forced to drive the four hours to Grand Junction to apply for a license. Now they will likely have to drive considerably more.

It's possible that we'll see more of this tactic on other issues, but on anything related to immigration that arrives before the JBC, it should be noted that the new chairman of the JBC, GOP Sen. Kent Lambert, is one of the state's most strident anti-immigrant lawmakers. As a member of the Republican Study Committee of Colorado, Lambert has taken field trips to the Arizona and Texas borders to "survey the situation." In Arizona, Lambert met with anti-immigration extremists like former Sen. Russell Pearce, and accused child molester/Minutemen founder Chris Simcox (photo with Lambert above right).

Because of the effects defunding a program that is not legislatively repealed would have, this is considered bad form. There have been occasions, including at least one instance so far this year, of the Joint Budget Commission unanimously agreeing to drop funding for a line item that has demonstrably failed in one way or another. In this case, using the JBC to grandstand on an issue one party lost legislatively, and cannot repeal legislatively, is an improper use of the JBC's considerable power.

Add it to a growing tally of misdeeds this session.