An Assessor, a Sugar Daddy, and “Infilling” Open Space in El Paso County

UPDATE: KRDO has picked up this story, and citizens are calling for Lowderman to resign. There is an "appearance of impropriety", according to current El Paso Treasurer Bob Balink.

Something is rotten in El Paso County.

It’s not the persistent dank from the recent flooding.  It’s not the shower mold from Sheriff Maketa’s selfies.  There is, however, quite a stench wafting from the recent campaign finance violation of the El Paso County Tax Assessor, Mark Lowderman. Lowderman sent out 20,000 campaign mailers on the taxpayer’s dime.  Ostensibly informing seniors about a tax credit, the mailers described Mr. Lowderman in glowing terms, coincidentally, the same terms as his campaign literature.  A complaint was filed, Lowderman was fined and penalized $14,580, yet is running unopposed for the County Treasurer’s office, and  will almost certainly be the next El Paso County Treasurer. 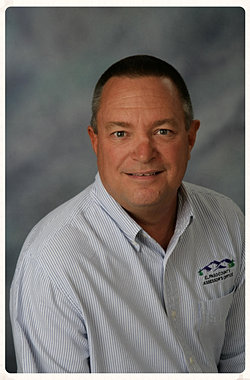 The El Paso County Commissioners appear to be no more concerned about Lowderman's ethical lapse than they were about Sheriff Maketa's hijinks.  The Commissioners "circled the wagons" to protect Maketa for years, according to an insider source. The County Comissioners also had to have known about Lowderman's ethical lapses – yet there is no record of any censure of the Assessor. The Board of Commissioners is reputed to be marshalllng resources to overturn the Administrative Judge's ruling on Lowderman's finance complaint. El Paso is apparently the swamp where ethics go to die. "At every turn, it's dirty," said an informed source.

That would explain the smell. Wafting from the swamp is the funk of the aggregate $17,500 campaign donations Lowderman received from David Jenkins, Chairman of Nor'wood Development Corporation, the largest property owner and developer in El Paso County, within 10 days of Jenkins buying the biggest parcel of property in the County – the legendary Bannings / Lewis Ranch. Donations to Lowderman's campaign for Treasurer were dated May 30 – June 2, 2014. The Banning- Lewis property sale was announced by Nor'wood on June 10, 2014.

The 30,000 acre Banning-Lewis Ranch is larger than Manhattan Island.   Property developers, open space advocates and environmentalists,  are all very interested in the property.  Oil and gas developers tried a few test drills, but gave up because of poor results. The last family owners of the land, Mrs. Banning and Mr. Lewis, were careful conservationists of the land. The 2008 agreement and master plan stipulated that 12,000 acres of pristine open space in the land would be preserved. However, developers have been drooling for decades about the "infill" profitabilities (infill  means filling in open space with housing,  and malls) of a new city on eastern boundary of Colorado Springs. It is not at all certain how much open space will be left in the final development of the Banning / Lewis ranch.

Mr. Jenkins just donated $17,500 to the guy whose job it is to value property in El Paso County. Obviously, the lower the assessed value, the lower the taxes to be paid, and the higher profit for development as the parcels are "infilled".  Millions of dollars are in play.

David Jenkins has not been a big political sugar daddy – except for Mark Lowderman. Over the last 10 years, he has contributed about $42,000 to candidates and committees in the Springs area. His $17,500 donations to Lowderman are approximately 40% of that total. So it is certainly intriguing that Jenkins has suddenly made such large donations to a tax assessor, running for County Treasurer, a man known to be ethically challenged, within 10 days of finalizing a potentially incredibly profitable land deal.

Graphics from the Lowderman campaign website, and the City of Colorado Springs.