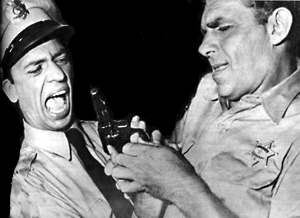 Republicans, having gained two senate seats last fall from recall elections sparked by a backlash to the Democratic gun bills, are pushing several bills this year ostensibly aimed at repealing the laws enacted last year and keeping the issue front and center heading into this fall’s election, a more attainable goal.

Democrats, now holding just a one-seat majority in the state senate, sought to improve the legislative process this time around, allowing several hours for everyone in the chamber to testify on the record after complaints about last year, when Democrats scheduled all seven gun bills in two committees on the same day.

And a year after watching GOP opponents dominate debate on these bills, Democrats vigorously defended the policy itself, aggressively cross-examining Republicans looking to scrap the new law and offering a number of statistics to demonstrate that background checks on private sales are working.

“Over 100 criminals and other dangerous persons have been denied the purchase of guns in private sales,” said Eileen McCarron, the director of Colorado Ceasefire, at a press conference before Senate Bill 94 was heard by the Senate State, Veterans and Military Affairs Committee.

Last year, Senate leadership scheduled all seven of the principal gun safety bills under consideration for debate all on a single day, March 4th. This resulted in an enormous crush of witnesses waiting to testify against the bills, marshaled to the Capitol by Rocky Mountain Gun Owners and other pro-gun groups. Outside, more pro-gun protesters circled the building honking their horns continuously. We can't say in hindsight that jamming all of these bills into a single day's calendar was a good idea. In addition to inflaming passions in the crowd of "witnesses" set to testify, that decision gave Republicans a process-based rallying cry which allowed them to reach conservative voters who aren't as passionate about guns.

And folks, the throngs of angry, ignorant Joe Six-Packs really don't add much to the debate. Lawmakers can't say it, of course, but we will. Listening to a dozen (or hundred) gratingly inarticulate citizens recite the same fact-challenged or logically fallacious arguments from the same emailed script does, to put it charitably, very little to illuminate a discussion. If you have nothing meaningful to add, it's a waste of everyone's time.

Interestingly, however, by the end of yesterday's long hearing, pro-gun testimony wasn't even the majority.

One interesting change in the hearing yesterday was the decision to alternate testimony between supporters and opponents of the bill, which interrupted the momentum of the gun lobby. Eventually, despite the hearing in the Old Supreme Court chambers being standing room only at the outset, more people testified against repealing universal background checks than in support of repeal. In addition, Democrats on the committee stood their ground, responding calmly and factually, avoiding any of the misstatements and gaffes that plagued them last year on this issue. In the end, Republican Sen. Ted Harvey, who emerged as the leading advocate for Sen. Rivera's bill, was thanking Democrats for the fair hearing, and his case against background checks had fallen entirely flat.

All told, this was a strangely anticlimactic end to what we truly thought would be a bigger fight. And for Republicans hoping to keep the outrage over "gun control" going through November, that's a problematic development.