Once Again, These Were Two Different Recall Elections 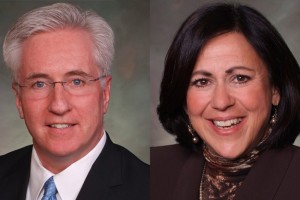 As the post-mortem coverage of last week's historic recall elections in Colorado continues, we're seeing a trend toward an inaccurate hindsight narrative of what happened. It's important for both sides–Democrats seeking to prevent further recurrences, and Republicans hoping to adopt their success as a model to use elsewhere–to understand what actually happened, and how the results in the two separate recall elections held last week differ widely–just not in the biggest respect, the bottom line.

A story by the Denver Post's Lynn Bartels today typifies this problem:

Opponents of an effort to recall two Democratic state senators for supporting stricter gun laws borrowed a page from an earlier playbook, arguing reproductive rights were in peril if the lawmakers were kicked out of office.

But the message — so effective in keeping Republican Ken Buck from becoming a U.S. senator in 2010 — failed to protect Senate President John Morse and Sen. Angela Giron, who were recalled by their constituents Sept. 10…

Here's the hole in Bartels' seductively lazy analysis: The Senate District 11 recall was decided by a mere 343 votes in unofficial tallies, while the margin of defeat for Sen. Angela Giron was over ten times that in an election with only about twice the number of voters as SD-11. As we've noted repeatedly in this space, the loss of mail ballots in the SD-11 recall can fully account for the margin of defeat for Senate President John Morse. Fewer vote centers and shorter hours to vote in El Paso County also factored disproportionately in this very close election.

This means any attempt to ascribe some kind of "common meaning" to these two elections, as the above story seems determined to do, is off-base. But for the logistical voting problems in SD-11, it's very likely that Sen. Morse would have prevailed in his recall. If that had happened, obviously we wouldn't be reading about how this or that tactic "failed" to save Morse, we'd be talking about how those tactics had succeeded. The truth is, 343 votes is not enough of a margin, especially given those balloting problems, to make any such judgment either way. In 2010, Sen. Michael Bennet very narrowly defeated Ken Buck in a victory heavily influenced by a collapse of support from women. Without polling to know that had happened, which we haven't had in this recall, it's impossible to know how well the ads against Bernie Herpin on the issue of reproductive choice actually worked.

Impossible to know, and irresponsible to assume.

That said, Democrats do need to acknowledge that something bad, and very different from the close race in SD-11, happened in Senate District 3. They won't find the answer in this story, in which Bartels indolently lets GOP talking head Katy Atkinson dive into free-ranging speculation about why Pueblo Democrats turned out one of their own. We seriously doubt it was the civil unions legislation passed this year as Atkinson speculates. The story we've heard, and tend to believe, is that Sen. Giron was perceived by many rank-and-file Pueblo Democrats as having neglected constituent services in the district. There is some cross-partisan appeal to the gun issue that needs to be acknowledged too, but if those we've spoken with about this are to be believed, much of the heavy margin of defeat for Giron, in a far more Democratic district, can be attributed to factors unique to Giron personally.

The proof of our theory, which we're at least honest enough to represent as a theory, will come in 2014–when GOP Sen.-elect George Rivera is defeated by a wide margin of his own. In the meantime, if Republicans want to believe that they are no longer vulnerable on the issue of reproductive choice and health, we know plenty of Democrats who'd be happy to encourage them.