Back in June, we called out a local conservative blog after they used a photo of President Barack Obama hugging Colorado Gov. John Hickenlooper for an attack unrelated to the original photo's context. Seeking a photo of an unhappy Gov. Hickenlooper with Obama, they ended up using an image of Obama embracing Hickenlooper in the immediate aftermath of the Aurora theater shooting. To that blog's credit, once this was pointed out to them, they promptly removed the photo and apologized for misusing it. 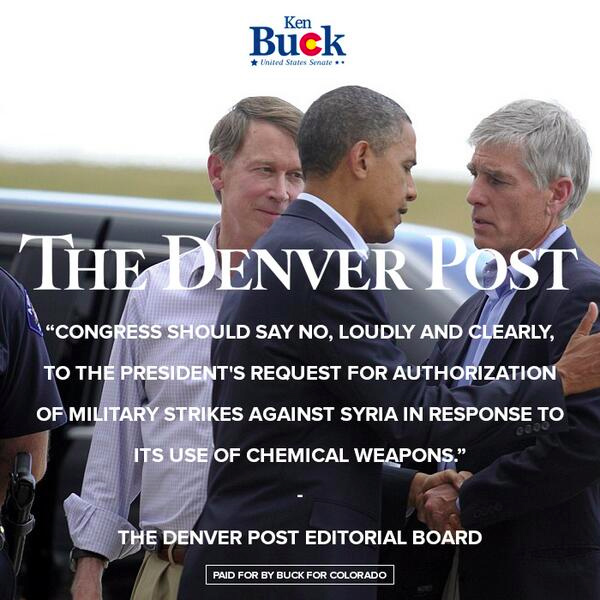 The photo used in this graphic is a copyrighted Associated Press photo. Here's the accompanying caption:

And with that, it's time for Ken Buck to eat some fresh crow. With one final note to all Colorado Republicans going forward: photos of grieving officials following the Aurora shootings are off limits for political attacks. No exceptions.