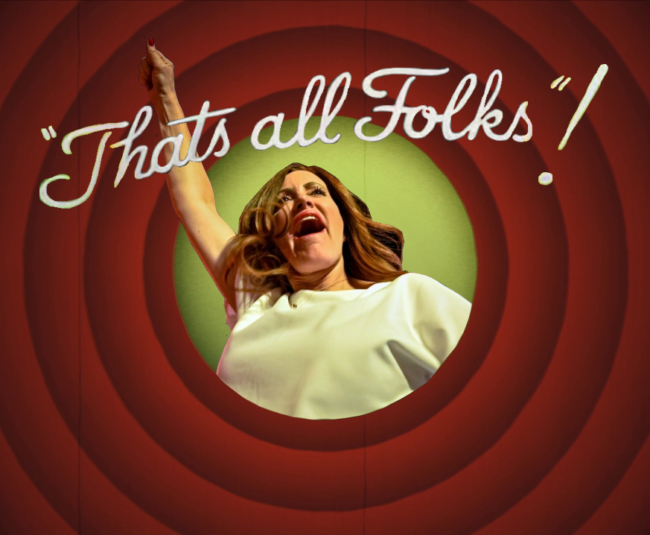 There’s no coming back from this.

The candidates for Governor in Colorado got together today for a candidate forum at the Denver Museum of Nature and Science hosted by Colorado Concern. Republican Heidi Ganahl and incumbent Democratic Gov. Jared Polis took turns answering questions from moderator Dean Singleton, the longtime publisher of The Denver Post and a well known conservative voice in Colorado.

Singleton pretty much snuffed out any hope Ganahl might have had at making a late come-from-behind run at Polis in the final weeks before Election Day. Singleton’s persistent questioning absolutely exposed Ganahl as a complete and total fraud whose “ideas” for Colorado are as laughable as they are implausible.

The main topic of conversation centered around Ganahl’s claims that she will eliminate Colorado’s income tax AND cut the gas tax in half, an asinine proposal that Ganahl can’t even begin to explain (though she repeatedly says that she HAS explained it).

The entire video is below. We’ve also broken out the relevant parts about Ganahl’s economic proposals with timestamps.

If you are a Ganahl fan, be forewarned: This is what it looks like when a statewide candidate’s entire campaign is summarily destroyed because of a single event…and we aren’t even yet touching on some of the other cringeworthy moments of today’s debacle.

Singleton gets quickly to the point of what will end up being a question Ganahl never actually answers (despite her protests to the contrary) at about the 2-minute mark.

*NOTE: All emphasis is ours

SINGLETON: You have said that if you are elected governor, you would advocate eliminating the state income tax and cutting that gasoline tax in half. That’s a big, big hunk of what runs this state. What would you replace it with?

GANAHL: Well, first and foremost, we have a spending problem and not a revenue problem, I believe, in Colorado. Our state budget has doubled in the last decade, and a couple billion dollars in the last few years. And I do believe that we should not be one of the largest employers in this state as the state government. I don’t think that is a good path forward for Colorado. We also have states across our nation that are some of the hottest in the economy that are zero income tax. And no, I’m not going to increase other taxes to do this…

…I do big things. I’m all about going big. I don’t nibble around the edges. And we’ve got a big problem here in Colorado. The size of government is too big. Taxes are too high. Regulations are too burdensome. We’ve got to unleash our economy. And in order to do that, I have a big, bold idea to take us to zero income tax for a couple of terms. And I can go into details about how I’d like to do that if you’d like me to.

GANAHL: Well, actually, we don’t, Dean. I have some great economists helping me figure this out. If we move fees to taxes, which they actually are, there’s a billion dollars there. If we find some fraud and waste in the budget – who thinks we can find 5% fraud in the budget? – I believe we can. [That’s] another billion or so there. How about we bring new business and industries to Colorado like we do in other zero income states. We’ve looked at the numbers – we think that’s $2 to $3 billion dollars to refill the coffers. How about we get rid of special tax exemptions? How about we reduce the size of government by 10% a year? Governor Polis has grown the size of government by over 20% since he got into office. He’s added 4,000 full-time new employees, 85 new taxes and fees. That is not the way we do things in Colorado.  We are the wild west. We are the new frontier. We’re all about entrepreneurship… 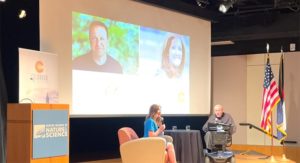 The end is here.

Ganahl obviously does not provide any real details about her economic proposal, so she pivots to talking about cutting waste and spending in vague terms. At about the 5:15 mark, Singleton calls out Ganahl on her claims that she can cut government waste:

SINGLETON: As long as I’ve been an adult and been in the newspaper business, I’ve heard politicians say they’re going to solve all of our problems by cutting out waste. But none of them ever have…

GANAHL: Well, they don’t do it [nervous laughter]

SINGLETON: Well, nobody ever has. How do you think YOU’RE going to do that?

GANAHL: Well, in my first weeks as governor, I’m going to hire a special audit committee to come in and look at all of the budget, provide transparency, because as a Regent at the University of Colorado, I oversee a $5 billion dollar budget, as a Regent there. I have had a terrible time getting real numbers about how the money is spent, what the return on investment is, the dollars that we are spending. It’s been like pulling teeth to get actual numbers…

GANAHL: Right now we are about to spend, oh, I don’t know, several billion dollars – if you look at the numbers, it varies, but about $8 billion dollars on K-12 [education]. And 60% of our students can’t read, write, or do math at grade level. That is terrible.

Singleton is clearly getting sick of Ganahl’s fakery. At about the 7:15 mark, he takes another swing:

GANAHL: Well, they believe it because we can. I have economists helping me figure this out. We’ve got to reduce our spending, you guys. Are you getting twice the amount of services from the government in the last 10 years? Is $40 billion dollars the right number to spend on running our state? That’s ridiculous. We can cut spending, we can still provide services that we should provide to the people of Colorado. And part of that problem is [Senate Bill] 260 that passed a couple of years ago. It’s a boondoggle…

Ganahl rambles for awhile and switches to talking about increasing oil and gas production in Colorado. This opens the door to Singleton’s next question, at about the 9:16 mark:

SINGLETON: But if you cut the gasoline tax in half, how are you going to fund improving the highways?

GANAHL: I’ve laid out a transportation plan to do just that. [Editor’s note: Yeah, not so much] What I believe we need is transparency with the voters. They’re dying to have somebody to just be honest with them and tell them the truth. What I did is I put together a plan that takes the taxes that have already been put through and puts it back to the voters – a lot of those are fees – let’s go back to the voters and say, ‘Here are specific projects.’ And I worked with transportation experts all over Colorado to put this together. It’s equitable. It’s rural Colorado. It’s the Front Range. It’s all of it. And let’s do those specific projects – I’m not going to change anything on you – and then, let’s sunset it. So, in 10 years, you’ll know that we’ve done our job. And if we haven’t, you can hold the legislature responsible and me responsible for not [sic]. And every year the legislature is going to have to kick in some, and so is private industry. But there is a desire to fix the darn roads in our state.

Roughly halfway through Ganahl’s time on stage (at about 12:30), Singleton comes back to his original question:

SINGLETON: Okay, I don’t want to belabor it, but you still haven’t told us how you are going to run the government with no state income tax and with half of the gasoline tax. It makes a good soundbyte, but for most of us who understand state government, it’s just total bullshit. So, tell me why I’m wrong.

SINGLETON: Yeah, but you’ve still gotta…you just can’t say it in the campaign…

GANAHL: I just explained to you how we’re going to do it. [Editor’s note: Nope] We’re going to refill the coffers with new business and industry like they’ve done in the eight other – soon to be nine other – zero income tax states. We are going to cut fraud and waste. We are going to stop special tax exemptions. We are going to call fees what they are – taxes – and move them to the General Fund. There’s a lot of ways we can chip away at this over eight years. We’ve got a good plan, and we’re posting it on the website today with more detail. I feel very confident that we can do this. You know, I’ve been told my whole life, ‘You can’t do this, you can’t do that,’

GANAHL: If you guys don’t believe me…watch us.

SINGLETON: Don’t you think they are going to be sick and tired when there are no services here?

GANAHL: That’s not the case.

SINGLETON: I mean, people didn’t move to Mississippi. They moved to Colorado.

GANAHL: Dean, I’m doing what the voters of Colorado are asking me to do. I have been on the ground for six years…

The voters of Colorado have asked you to decimate the entire state? Seems unlikely. 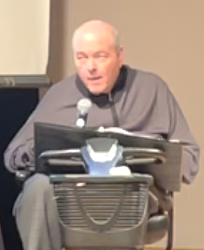 We are all Dean Singleton

By about the 16:27 mark, Ganahl has clearly lost not only Singleton, but the entire room:

SINGLETON: What would you do to fix crime?

GANAHL: Oh, I have a list. Okay, my dad’s a police officer. He’s here…

SINGLETON: …Yeah, knowing that you’re not going to have any money to do it. But what would you do to fix it?

[LAUGHTER IN THE ROOM]

SINGLETON: I don’t think anybody in this room believes that, but if you do…keep saying it.

And this is the exact moment in which Heidi Ganahl finally realized that you can’t bullshit your way through a campaign for Governor. Welcome to the end of the worst campaign in Colorado history.