Erik Aadland’s Own Dumb Words Return to Haunt Him 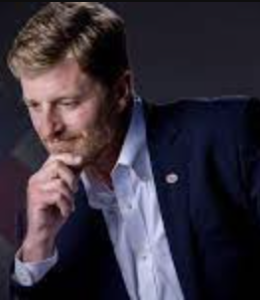 This has not been a great week for Republican Erik Aadland in his largely-invisible campaign for Congress in CO-07.

As we wrote on Tuesday, there does not appear to be any national Republican money coming to help Aadland in his bid to defeat Democrat Brittany Pettersen.

As 538.com reports today, Aadland isn’t responding to multiple requests for comment after a new audio clip emerged in which he talks about 2020 election fraud as recently as three months ago:

[Aadland] told members of the Mountain Republicans Club on June 21 that he was concerned by how the 2020 elections were “undermined by fraud, how they were corrupted, and now how we have an illegitimate government in power.”…

…Many candidates, like Aadland, may now be hesitant to say the 2020 election was fraudulent out of fear that it could cost them at the polls. The voice purported to be Aadland’s admitted in that leaked audio to being strategic in how he talks about the 2020 election, saying, “I don’t always use this kind of language on the campaign trail because I am so deliberate with what I say, because the consequences of not winning are so significant. So I am strategic. I don’t go out and talk about election integrity on and on and on because it’s not an issue that wins us this race.” [Pols emphasis]

This is really the worst part about Aadland’s comments. It’s disqualifying in itself for a candidate to be a full-fledged election denier. It’s another thing entirely when that candidate openly admits to hiding his true beliefs in order to fool voters into selecting him on their ballot.

“I am strategic. I don’t go out and talk about election integrity on and on and on because it’s not an issue that wins us this race.”

As 538.com notes, Aadland has long taken pains to change his public response on the election integrity question:

In June 2021, he told the Jefferson County Men’s Club, “The 2020 election, it was rigged. Absolutely rigged.” But in December of that year, he switched to running for the House, and somewhere along the way, he started to backpedal. In April 2022, he danced around the question on conservative talk radio, ultimately answering, “I’m certain there was fraud in the 2020 elections. I have a sense that it influenced the outcome. Can I say definitively? No.” (This was enough for us to reclassify him as “raised questions” and not “fully denied” in our tracker of Republicans’ stances on the 2020 election.) And in August 2022 — after the Colorado primary — a reporter for Colorado Newsline noticed that the Jefferson County Men’s Club had taken down the video with Aadland’s previous, more extreme comments.

This new revelation has prompted 538.com to include Aadland under the category of “Fully Denied” in its national database of candidates who believe in some amount of election fraud related to 2020.

At this rate “fully denied” will also be the result Aadland receives on Election Night.